5 Tests to Determine If You’ve Forgiven Someone 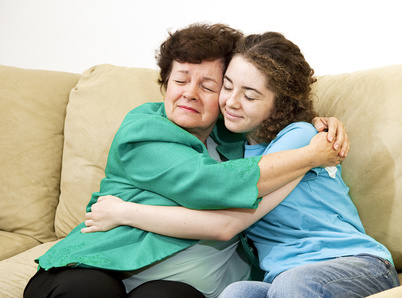 “And whenever you stand praying, forgive, if you have anything against anyone, so that your Father also who is in heaven may forgive you your trespasses.” Mark 11:25

bearing with one another and, if one has a complaint against another, forgiving each other; as the Lord has forgiven you, so you also must forgive. Colossians 3:13

Wow! Those are hard words, aren’t they?

Whether in business, in church, or in family — relationships can cause pain and separation.

It’s tempting to get even. Holding a grudge is easier. Our first reaction is not always to forgive.

But forgiveness is not an option for the believer — even for the person who has hurt us the most.

And, there is another wow moment — especially if you know it applies to you.

Even with the importance the Bible places on forgiveness I frequently hear people give excuses for not forgiving someone. Things such as:

“You can forgive but you can’t forget.” And, that’s most often true. Only God (and sometimes time and old age) can erase a memory.

“I’ve tried to forgive them, but they haven’t changed.” This may be true also. Forgiveness can be a catalyst for change, but it doesn’t guarantee change. And, I don’t seem to read those qualifiers in the commands to forgive.

“I may have forgiven them, but I’ll always hold it against them.” Okay, while it may sound logical, it’s not really forgiveness. Sorry, to be so blunt.

Forgiveness is a releasing of emotional guilt you place upon the other person. It’s a choice. It happens in the heart. It’s not a release of responsibility or an absence of healthy boundaries. It doesn’t even mean justice — legal or eventual is removed from the situation. It is, however, a conscious choice to remove the right to get even from the person who injured you. It’s a release of anger and any bitterness or grudge.

Plain and simple, forgiveness is hard.

I was talking with someone who wants to forgive the person who has hurt her the most. She wants to be free from the guilt of holding a grudge. She wants to follow the example of Christ in Biblical obedience. The problem? She’s not sure she has truly forgiven, because she still hurts from the injury.

I shared with her that while forgiveness is a decision — a choice — it is not an automatic healer of emotions. It helps, but emotions heal over time. Then I shared some ways she could determine if she’s truly forgiven the other person.

Here are 5 ways to tell if you’ve forgiven someone:

When the first thought you have about them is not the injury they caused in your life you have probably extended forgiveness. You should be able to have normal thoughts about the person occasionally. Remember, you are dropping the right to get even — the grudge you held against them.

An opportunity to help them test.

Ask yourself: Would you help them if you knew they were in trouble and you had the ability? Most likely this is someone you once cared about — perhaps even loved. You would have assisted them if they needed help at one point. While I’m not suggesting you would subject yourself to abuse or further harm, or that you are obligated to help them, or even you should, but would you in your heart want to see them prosper or would you still want to see them come to harm? This is a huge test of forgiveness.

Can you think positive thoughts about this person? Again, you’ve likely been on positive terms with this person or in a close enough relationship for them to injure you to this extreme. Is there anything good you can come up with about them which is even remotely good? If not, have your really forgiven them?

Do you still think of getting even with the person? There may be consequences which need to come for this person and you may have to see them through to protect others, but does your heart want to hurt them? If so, would you call this forgiveness?

When someone injures us we can often wish harm upon them. This is normal, but it’s not part of the forgiveness process. Have you have stopped looking for them to fail? If you have truly forgiven someone, then just like you would for anyone else, you would want them to succeed or at least do better in life. Forgiveness means you’ve stopped keeping a record of the person’s wrongs. That’s how believers respond to others. We consider their best interests.

I realize this is a tough list. Those struggling with forgiveness will most likely push back against it a bit. I know this, however, for your heart to completely heal, you eventually need to forgive the one who hurt you the most.

And, if you’re struggling to “pass the test” don’t beat yourself up. Pray about it. Ask God to continue to work on your heart.

Have you seen a lack of forgiveness keep someone from moving forward in life?