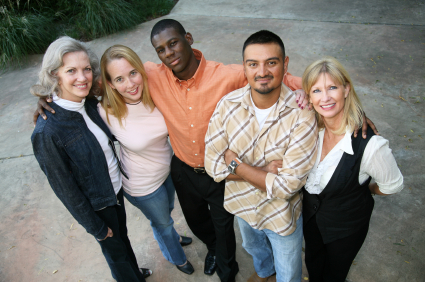 This is a guest post from Dave Gipson. Dave serves as pastor of Legacy Church, Naples, FL. Read more insights from him at DaveGipson.net, or email him at DaveGipson@hotmail.com. I needed this reminder. Thanks Dave.

I remember the first time someone called me “pastor” and it finally felt normal.

Actually, I only thought they were saying “pastor”. I was in a Starbucks I frequent, and someone called out something like “faster”. It could have even been “disaster”, but I’ve been called that before. But after I turned around to look, I caught myself – I guess I really am a pastor now!

I’d served on church staffs for over 25 years, but always as a supporting minister.
Working for pastors has allowed me a vantage point few other pastors have experienced. I’ve witnessed them under great pressure, sometimes dealing with very human fears.

So through a renewed perspective as a pastor myself, here are some key lessons I’ve gleaned from the pastors I’ve served…

“Others around me are just as called to ministry”

I’ve noticed now it’s easy to think my sermon is the only thing that matters on a given Sunday. But in truth, the proclamation of the Gospel should occur during the “sung Word” (music) and the “taught Word” (Bible study classes) as well.

Hopefully, I’m not the only one in the building preaching the Gospel. If I am, it’s really a pretty lousy Sunday after all.

“Yes, pastors carry a great burden. But so do others – don’t be a martyr”

While I now feel that burden quite keenly, being a support staff member is tough as well. Sometimes even more so. Why? Because there’s nothing like being at the mercy of another man’s vision (or lack of it).

I’ve noticed I may be more reactive than proactive at times, settling for the way things are when my church is ready to move forward. During those times when I hesitate, those serving under me are in even greater need of faith and patience. They must put up with my limitations and still trust God is leading through me. And if you really knew me, you’d know that takes quite a lot of faith!

With responsibility, the buck does stop with the pastor..but too often do many of the rewards as well. While my ministry can certainly help my church, it’s only through many others serving faithfully each week that I have this platform.

One of the most important things I do at each service is thank people. I heard a lady complaining recently about volunteering with a civic organization in our area. She was becoming bitter thinking no one appreciated her hard work. But all her frustration went away when one person in leadership gave her a hug and said, “We appreciate you and all you do”. Seriously, that was all she needed.

It’s easy to forget that for many faithful volunteers, my “thank you” is all the payment they’ll ever receive this side of heaven. So you never can say “thank you” too much – to staff, volunteers, even to the congregation for just showing up!

“Yes, staff members should be loyal to their pastor…but don’t expect more loyalty than I’m willing to give them”

One troubling trend today is treating staff members as if they’re disposable. Sure, every pastor with multiple staff will eventually have to fire someone. But a few pastors demand a level of loyalty from others we’re unwilling to reciprocate. Expect only the devotion from staff you are willing to give them. If they feel “disposable”, they’ll mostly produce disposable work.

Learn their kid’s names, let their wives know they’re special, make a real effort to get to know as many of them personally as possible. And in a related subject…

“Much of my ‘loneliness at the top’ could be easily remedied, but I must make the first move”

I’ve noticed some of the greatest pastors are incredibly lonely people. After being burned by betrayers, some insulate themselves and avoid friendships with staff members. Maybe we’re afraid if we’re too transparent as human beings, people won’t respect us as leaders.

One of my best friendships was with a pastor while serving on his staff. I remember spending holidays with our families together at his lake house. As a young father, I got the vantage point of seeing an experienced dad up close leading his own family. I grew to love and respect him as more than just my pastor. I discovered he was a Godly man I wanted to follow as well.

It’s through the Godly examples of my pastors I’ve learned these lessons. But you can learn them as well. All you have to do is listen to your staff, with discernment and an open heart. You’ll be surprised what they can tell you about yourself and good leadership…if you’re only willing to listen.