Should the Position Be Paid or Volunteer? 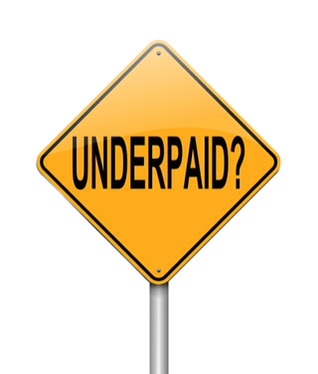 I received a great question recently.

Unfortunately, I couldn’t give a good answer.

Or, at least, not the answer they were seeking. They wanted an answer that would solve the issue. I couldn’t give that answer.

This individual is being asked to do a part-time job at the church plant he attends. It would be launching a new ministry within the church. As with most plants, there is a limited budget, so they can’t afford to pay him. He agrees with the church’s philosophy to mostly have volunteers instead of paid staff. He believes, however, that this position is too involved to be volunteer — especially for his current life situation. He feels he should be paid if he agrees to take on the challenge, but the leadership disagrees.

He asked me if I would write a post about when a position should be paid and when it should be volunteer.

Here is my answer:

I wish I could tell you there are hard set guidelines here, but there aren’t — in my opinion. So much of this issue depends on context.

The post I would write, and I think I might, would be more on principle than anything.

It depends on the church and the individual. And, both should be part of the answer. And, the answers don’t always easily mesh.

First, what is best for the church?

For example. Some churches are almost all volunteer. Sounds like this church plant is that way. So, I would want to know about other similar workload positions in the church. Are they paid or volunteer?

It’s dangerous to start paying one person and not another with similar workloads, unless there is a valid reason for doing so. It causes tension and disharmony.

At the same time, churches have to make decisions that are best for the church long term. Once a decision is made to start paying for a position, that usually locks the church into having that position and the ministry for a long time. If that person leaves the church, most churches will look for someone to replace them. It becomes a part of the annual budget process. That is a big commitment, which should be considered. The same is not necessarily true of a volunteer position.

Then it also depends on the person.

Can that person commit that much time and be volunteer? Some can and some can’t.

I know one very large church — several thousand people attend each week — that has a volunteeer executive pastor — and he is full time. He’s a self made millionaire and didn’t want the church to pay him. Obviously, this is an extreme example, and most churches couldn’t do that, but there are times the person simply doesn’t need the income for their volunteer efforts. That’s okay — and a huge blessing to the church.

I also know a church that had a single mom as a key volunteer. As her role grew she needed to be paid in order to handle the extra time she could have worked elsewhere and her child care. The church felt it would have been taking advantage of her otherwise.

A church has to think what’s fair and equitable for the church and all the individuals involved.

I advised this gentleman that I would probably be asking myself if I could afford to do this for free or, if I’m going to invest my time — in fairness to myself and family, do I need to be paid?

The church needs to be asking a fairness question too, because it impacts more people than just this one person. If they pay him, will that open up a need to pay others with similar workloads? Will it set a precedent for this ministry and others?

But, that brings up a few thoughts about answering these type leadership issues:

I always try to go with principles first. What’s the larger principle guiding the individual decisions? Sometimes it helps to think in those terms.

I try to think big picture. Almost every decision impacts more than one person or one situation.

I am careful not to lock myself into one answer — on non-Biblical issues. One problem I have with a strict policy is that it often keeps the church from individualizing their response based on the unique set of circumstances at the time. In the case above, whether positions should be paid or volunteer, there are always parameters to be considered beyond that which a rule can be clearly written.

Those are a few thoughts — long answer to a shorter question.

But, aren’t most leadership issues like that? Many times we find it easier to write hard, fast rules than to do the harder work of thinking bigger. Without the rules it’s messier too, but that’s why we need good leadership — to navigate through the messy to get to the best.

What do you think?