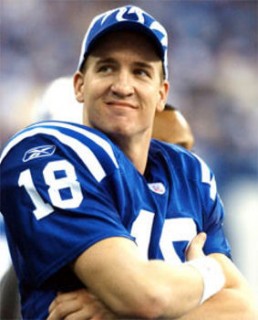 This is a guest post by Tor Constantino. He is a former journalist, has an MBA, and works in public relations where he has directly reporter to several CEOs in his career. He lives near Washington, D.C. with his wife and two daughters. You can read his blog and follow him on Twitter.

Not all decisions are created equally – some are much tougher for a leader to make than others. Consider the recent decisions surrounding National Football League quarterback, Peyton Manning.

A Gordian Knot of Decisions

The future NFL hall-of-famer recently left the Indianapolis Colts to become the starting quarterback for the Denver Broncos.

Prior to that decision, Manning had only played professionally for Indianapolis. The team drafted him out of college more than 13 years ago. During that tenure, Manning won a Super Bowl, was selected for multiple Pro Bowls, was named league MVP and never missed a game.

However, he missed the entire 2011 NFL season due to a series of spinal surgeries and physical rehabilitation to alleviate neck pain and weakness in his throwing arm that had developed over time. When Manning and the Colts ownership decided to part ways, there were no less than 12 different NFL teams that were lined up waiting to woo the QB to their respective franchises.

How Did He Decide?

While each team had its pros and cons, each was unequivocally willing to open their respective checkbook to corral the superstar player. According to media reports, within a week the final three teams Manning was considering were: the Tennessee Titans, San Francisco 49ers and the Broncos.

Less than 14 days after his release from the Colts, Manning signed a life-altering deal with Denver for $96 million over five years. While some questioned the move, many applauded the decision.

While nobody knows all drivers of Manning’s decision…

There are some general lessons to be learned when big decisions must be made.

Initially,sports experts believed that Manning would select the resurgent 49ers organization since the team is loaded with a slue of talented players, a top-rated defense and an aggressive, young coach. However, insiders reported that Manning developed a strong relationship with Broncos General Manager, John Elway who led the Broncos to multiple Super Bowls as a QB in the twilight of his career – very similar to Manning’s situation. It seems that the trust and common bond that was fostered between these two men, trumped a decision based purely on a team’s raw talent.

Anyone who’s followed his career knows that Manning has a tight circle of counselors. Those have included his agent Tom Condon, former Indianapolis Colts coach Tony Dungy and General Manager Bill Polian as well as Manning’s dad, QB legend Archie Manning and others. Once he was released by the Colts that circle tightened to only include his most experienced and trusted advisors who helped him consider and evaluate all the decision variables to ensure nothing was fumbled.

3. Not Every Decision is a Long-Term Decision

Most management books stress the need to make decisions with the long view in mind. However, in the Manning example, he took a decidedly short-term perspective. A few weeks after signing with the Broncos, Peyton turned 36 years old – for an NFL quarterback that’s nearly retirement age. Manning clearly wants to add to his legacy and win as many championships while he physically can. The Titans had even offered him an ownership stake in the team once he left the game, but Manning believed he had a better chance of winning in the short-term with Denver – which seems to matter to him more.

One of the most interesting, yet under-reported, aspects of Manning’s contract negotiations was that he was willing to release the team that signed him from financial obligations if he was unable to perform as a result of any complication related to the neck surgeries or previous nerve damage he suffered. Shrewdly, once Manning knew the team he wanted he removed the most serious objection – his health – before it became an issue, which saved time and helped solidify his decision.

5. Decide Based on Your Strengths

Manning is unique amongst NFL quarterbacks in that he is often compared to an on-field offensively-minded coach or veteran offensive coordinator as well as player. As such, he has complete command of the offense both on and off the field. Interestingly, the two head coaches for the Titans and 49ers were both offensive players in the NFL, while Broncos head coach Jon Fox has a decidedly defensive-focused approach to the game. Manning knew his personal strengths and understood that Denver afforded him the greatest opportunity to lead and play the game his way, while helping the entire organization.

While few of us will have to decide between NFL teams to play for or the value of intangibles beyond a multi-million dollar payday, we can clearly see the benefits of a thoughtful decision process that, if applied, can help anyone make the right call in the game of life.