Common Reactions When Growth in an Organization Slows 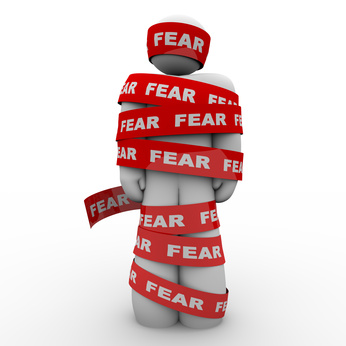 A young pastor was battling the leadership of the church to make changes. He felt part of his call to the church was to make changes, but every change he suggested the leadership of the church resisted. All his efforts to help the church grow again were meet with opposition. When I talked with him he was questioning if he should give into them, push forward with more changes, or whether it was not even going to be a fit for him to stay long-term. He knew the current state of affairs was causing lots of stress for him and his family.

(And this story could be the story of many churches and pastors.)

This particular church was once a vibrant, growing church. People of all ages were being discipled and the church was engaging the community. Things were good. That was a number of years ago.

The pastor and I talked through the fact that the way change is introduced is incredibly important, but after years of decline, I agreed change would certainly be needed if they expect to see any new growth. As the saying goes, “More of the same will not produce change.”

The reminder for me, however, was of some common characteristics I have observed in organizations, whether the church, nonprofit or business, when growth begins to slow or future progress appears to be in question. In uncertain times, probably because all organizations involve people – people subject to emotional reactions – each has a tendency to react similarly.

During times of difficulty, organizations:

Resist taking risks – of any kind.

Avoid change – at all cost.

Cling to tradition – as if it were gold.

Think inward – rather than outward.

Control everything – and limit extending power to others.

Become selfish – in protection of who they’ve been in the past.

I should admit I’ve been in both sides of the equation. I’ve been in the times of fast growth and times of steady (even rapid) decline. I’m certain I have even contributed to each of these reactions at one time or another.

Unfortunately, I’ve never seen any of these reactions work. They feel needed at the time. Our emotions may even tell us they are more comfortable at the time, but they fail to produce that for which they were intended. They stall growth rather than spur growth.

In my experience, these are the exact opposite reactions that spur progress.

If you are in a time of decline, perhaps it’s time to think differently than your natural, even understandable emotions would lead you to act.

Perhaps you need to:

Embrace change – even when it hurts or is scary.

Hold tradition loosely – celebrate it, but don’t be afraid of new traditions.

Empower others – more than you control.

Be generous – with resources you do have and towards new ideas.

To the church leader, I would say this: You must walk by faith. And keep walking by faith. I understand it is natural to react in fear and hold on to what you can easily understand when circumstances become difficult. I’ve been there many times.

Something tells me though in the history of the church, to get you where you are today, there were seasons of tremendous risks of faith.

If you want to grow again, however, you’ll have to walk by faith – again.

Have you seen an organization react this way in times of decline?