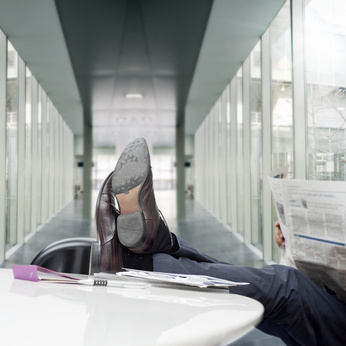 Whoever is lazy regarding his work is also a brother to the master of destruction. Proverbs 18:9

Laziness is a sin.

The fact is, however, many of us have some lazy tendencies when it comes to leadership. I do at times. This is as much an inward reflecting post as an outward teaching.

Please understand, I’m not calling a leader lazy who defaults to any of these leadership practices listed. The leader may be extremely hard working, but the practice itself – I’m contending – is lazy leadership.

Here are a 7 examples of lazy leadership practices.

Or, not asking enough questions. It’s easier just to move forward sometimes – and sometimes it’s even necessary to move quickly, but many times we just didn’t put enough energy into making the best decision. Often its because we don’t want to know or are afraid to know the real answer. It is the lazy way of making decisions.

Again, I’m not saying the leader is lazy. But this part of their leadership is lazy. It’s easier many times just to “do it myself” than to go through the process of delegating. Good delegating takes hard work. You can’t just “dump and run”. You have to help people know the vision, understand a win, and stay close enough in case they need you again. New leaders are developed, loyalty is gained, and teams are made more effective through delegation.

Giving up after the first try.

No one likes to fail. Sometimes it’s easier to scrap a dream and start over rather than fight through the messiness and even embarrassment of picking up the pieces of a broken dream. But if the dream was valid the first time, it probably still has some validity today.

Not investing in younger leaders.

There’s the whole generational gap – differences in values, communication styles, expectations, etc. It would be easier to surround ourselves with all like-minded people, but who wins with that approach – especially long-term?

It’s more difficult to push for excellence. Average results come with average efforts. It’s the hard work and the final efforts, which produce the best results. But, the experience of celebrating when you’ve done your best work is always worth the extra energy.

“Just do what I say” leadership saves a lot of the leader’s time. If I don’t have to explain what’s in my head – just tell people what to do – I get to do more of what I want to do. But, I’d have a bunch of pawns on my team and one disrespected, ineffective and unprotected boss (leader). (And, being “boss” is not a good leadership style by the way.) Continual vision casting is often the harder work, but necessary for the best results in leadership.

No one likes conflict. Not even those of us who don’t run from it. But, you can’t lead effectively without experiencing conflict. Every decision a leader makes is subject to agreement and disagreement. It’s why we need leadership. If there was only one direction who needs a leader? To achieve best – the very best – we have to lead people beyond a simple compromise, which makes everyone happy.

Take a lesson from the ants, you lazybones. Learn from their ways and become wise! Proverbs 6:6

If you’ve been practicing lazy leadership, the best response – as to any sin – is to repent, turn away, and do the hard work of leadership. You and your team will benefit greatly.