7 Indicators of a Weak Leader 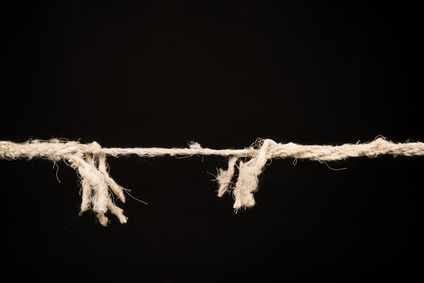 I have learned there are a few indicators of a weak leader.

A youth pastor emailed me  frustrated his pastor continually caves into pressures of a few leaders in the church. These individuals are not supportive of the youth ministry, even though it’s the fastest growing area of the church.

The complaint they have? The ministry is costing far more than it brings into the church. Students are coming to the church in growing numbers, but without their parents. Young people don’t usually contribute to the church, so it’s causing an issue with some of the deacons.

The pastor was involved and supportive in the expansion of youth ministries and the church is financially sound, but a few loud objectors consider it an “unprofitable” ministry.

The pastor’s solution? Cut back on the youth ministry expenditures to keep the people happy.

I’d love to tell you this is an isolated issue, but I’ve written about these type situations before. Obviously, I don’t have all the facts, but based on what I do know, it sounds like the pastor is a weak leader.

I hate labeling a pastor weak on anything. Certainly I’ve been weak on many things. Preaching. Shepherding. Staff development. And, yes, leading. You name it – I’ve been weak.

But we have to label the problem before we can hope to find solutions.

7 indicators of a weak leader:

They avoid it at any cost; usually saying what you want to hear. Weak leaders are passive-aggressive. They cave to the loudest voices and disappear when trouble develops. You’ll never see them in the crowd when there’s a controversy looming. They hide better than they engage when people are upset about something or things aren’t going so well.

Weak leaders have a lot of excuses – and, they often pretend to know it all. They don’t want you to know the “real” them – the them which may be lacking in some area. These leaders will try to make you think they have it together more than they really do – and, you might believe it – for a while. They are often afraid if they appear to be weak (how ironic) you may not respect them – or they might even lose their job.

(Of course, wise leaders learn to build a team which can bring strength around their weaknesses.)

They don’t take well to correction. Weak leaders pout. They get angry and often even seek revenge.

They can never admit a personal mistake. Weak leaders are consummate fault-finders. It’s always someone else’s error. Blame it on the economy, or the culture, or the lack of volunteers. They keep people under their authority by labeling others with the faults of the organization. In fact, according to a weak leader, you probably couldn’t do “it” without them.

Weak leaders want you to believe they’ve “got this”. They don’t, but it feels better to them than the alternative. Instead, they keep people under their authority, never empower, and seldom delegate, because they are afraid of losing their power position.

Shies away from difficult decisions.

Weak leaders can’t make the hard calls. They can’t lead in a new direction because the opposition will be too strong for them. They stay in the safe zone – sameness is their friend.

Weak leaders are usually people-pleasers. The louder the complainer the more likely a weak leader will cave to their demands. They don’t want people to be unhappy – especially with them.

I sound rather harsh towards a weak leader – don’t I? But, as I said, I’ve been – and sometimes can be – that leader. I share this as a check for our own leadership.

Nate and I have launched a new season of the Ron Edmondson Leadership Podcast, so subscribe now. You don’t miss the next one.