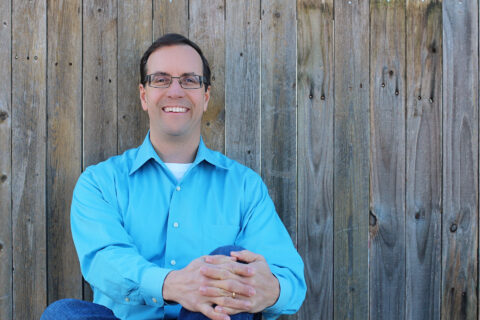 One of the controversial issues of our day involves sexual identity. As a pastor, and now working with pastors, I realize we don’t always know how to address the issue with truth and grace. What does that even mean as it relates to the subject? And we probably disagree on that answer too.

I love that my friend pastor Bruce Miller has written “Leading a Church in a Time of Sexual Questioning”. I’ve asked Bruce to share a few thoughts on my blog. This is obviously a divisive issue in the church and I have never tried to use this blog to stir more division. I want to help pastors and church leaders lead better and contextualize the issues for their individual church. So, I am not suggesting you agree with everything Bruce has written. He told me recently he’s had plenty who haven’t (and many more who have). But I believe my pastor friends will find Bruce’s book (and this post) helpful as they lead their church during these days.

One Sunday, I opened my arms wide and warmly welcomed LGBT+ people to our church. That next week a leader in our church came to me with concerns. He said, “You welcomed them. That’s good, but I mean you really welcomed them! What if they come?” He knew in his mind that it was right to welcome all people but he was uncomfortable. How can we lead well people who struggle with LGBT people?

Here are 7 ideas that can help.

Some folks in our churches are deeply invested in the culture wars. Fears are stoked by politically conservative Christian media. People fear the “slippery slope.” When they hear you express compassion for gay people, they assume you are weakening your convictions. Because of recent shifts in our culture, their fears are not completely unfounded. Even fifteen years ago, few people would have imagined the rapid acceptance of gay marriage.

A second powerful step you can take is to assure your church that you will not compromise biblical truth. They need to see in your eyes that you mean it. As often as gay people have been told that Christians hate them, conservative Christians have been warned that churches slide into liberalism. Reaffirm over and over that you believe biblical, God-honoring marriage is only between a man and a woman and all sexual intimacy is reserved for that relationship!

Thirdly, it’s important to remind people that the ground is level at the foot of the cross. Gay people can be caricatured as abominations, the worst of sinners. Almost no adult person would say that he or she is without sexual sin. And, consider the sins against which Jesus was the strongest: such as hypocrisy.

Whatever various flavors our temptations come in, we are each responsible to respond to them in a God-honoring way. Being heterosexual does not give one a sexual pass from sin. The inclination to sexually desire a person who is not your spouse is just as wrong whether that person is your opposite-sex or your same sex.

Fourthly, teach people to empathize with people whom they struggle to embrace. Most straight people have no idea the anguish and pain that gay people have lived through. Many gay people literally fear for their own safety. They have been beaten up at school or on the streets. They have been called horrible names and verbally assaulted in public. People in the religious right are so immersed in media reinforcing how they are supposedly being attacked, that it’s hard for them to see the reality for others. A gay person is more than thirty-five times as likely to be the victim of a violent hate crime than a straight person is.

Christians should be the first to stand up for justice for anyone who is being mistreated—think Good Samaritan. According to the groundbreaking research by Andrew Marin, “LGBT youth are four times more likely to commit suicide than other teenagers—and that number more than doubles when they feel rejected by their family.” People’s lives are at stake, physically and spiritually.

Fifth, recall people to the mission of Christ. People’s eternal destiny is at stake. God so loved gay people that he sent his one and only Son to die for them, so they could spend eternity with him. We should love as God loves. The tragic reality is that we have pushed gay people away from the church with our lack of love.

Then, sixth, look for ways to introduce people to each other. If a straight person does not know any gay people, they are emotionally handicapped in their ability to love gay people. You can’t love people in the abstract. One of my pastor friends tells his staff, “If you do not have someone you know and love who is gay, then don’t teach or talk about it, but you do need to talk about it, so find a friend and build a relationship.” Without a name and face, it’s hard to love.

Today, even without the stories of real people in your church, you can share stories from Christians such as Greg Coles, Rosaria Butterfield, Christopher Yuan, Wesley Hill, and others who have shared their journeys.

Finally, explain gay people’s common misperceptions to help people understand why you put so much emphasis on grace and welcome. Some of our members wonder why I don’t first tell gay people their sexual activity is sinful. My response is that gay people are crystal clear on our church’s teaching that gay sex is wrong. In fact they often wrongly believe that we think being gay is the worst sin imaginable and that we hate them. Therefore, we have to go to great lengths to share what they do not believe: that we love them and welcome them just as they are, as Jesus does.

I’m compelled by the vision of our church becoming a place where gay people want to be, where they are drawn by our love. If the church is the body of Christ, should we not act more like Christ in welcoming all people?

Be patient with those who struggle with gay people but do not allow them to hold the church back from loving gay people. The gospel is at stake. Have the courage to stand for grace even if it costs you a few church members. Jesus stood up for the disenfranchised. We should too. It’s called love and justice.