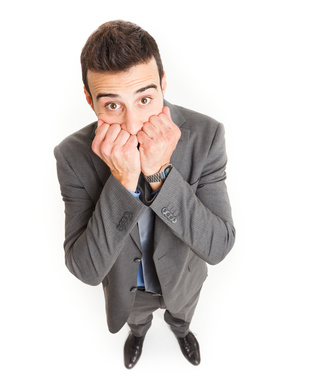 I remember talking with a young leader. He had recently made a pretty major decision for his organization. He had prayed about it. He had consulted wise counsel. He acted methodically. In fact, I had personally walked with him through the process of change management and was impressed with the way he handled things. I felt he had made a good decision for the organization.

The decision was made. He communicated it to key leaders. The steps were in place to move forward.

Then reality sank in for this leader.

It was a big decision – perhaps the biggest change he had ever made as a leader. This decision would alter things for years to come. People would be greatly impacted by this decision.

As the reality set in that this was really happening his mind started to play tricks with him. He questioned himself.

What if I made the wrong decision?
What if there was a better decision.
What if I was wrong?

He began to panic.

I was glad we were still talking at this point in the process. I was able to share with him a principle I learned years ago in leadership.

Sometimes we suffer from decision remorse.

Just like buyers remorse – what happens when you buy something and then temporarily wish you hadn’t – leaders often suffer from decision remorse. With every major decision in life or leadership, decision remorse is a possibility.

It’s a temporary setback. A momentary lapse in assurance develops. A gut check of reality makes you question your decision. The good news for him was that it can be natural to question yourself at this point. You’ve invested a lot of energy on a major decision and now you are faced with making it happen.

My words to him and my words to you is to trust the process. Trust your instinct. Trust the system of decision-making you used.

Don’t allow decision remorse to keep you from celebrating the joy of what’s to come.

Have you ever struggled with decision remorse?