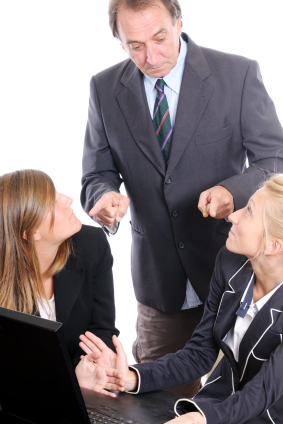 This is a true story. Details have been altered to protect identities. (Although that’s not really needed, as you’ll see.)

A pastor began a pastorate and started making changes quickly. In my opinion, they were all good changes. In fact, a few of them were genius. I was impressed.

But, the pastor didn’t last two years in the church. He was run out of town. Dismissed. Gone. And, the church went looking for a new pastor. (Most likely to repeat the same process.)

What happened in this case was a few of the leaders in the church (some he didn’t even know were leaders) decided they didn’t like the changes he was making. Soon they no longer liked him. He was sent packing with barely a severance check and a head spinning wondering why.

Heartbroken and discouraged, he asked for my opinion on what went wrong.

And, you know, if you’ve been in ministry very long at all, that it’s not just one pastor’s story. It’s actually a dozen pastor’s story. I’ve heard it so many times I can’t remember them all.

I usually don’t agree the way the church handles these situations. At least not in the way they go about dismissing the pastor. There were probably better solutions to the problem. Maybe a mediator. Maybe some humility for both the church and the pastor. Maybe better change management. Maybe a little more grace. Maybe a church heist and takeover. And, I’m only slightly kidding on the last one, because some churches are toxic in how they deal with their pastor.

But this true, and often repeated story, helps us understand something about leadership.

In watching new leaders in a church or organization, I’ve noticed a sometimes fatal error occur.

And, many times it is that simple.

Here’s a principle to remember, that I have learned by experience:

Leaders have to establish authority before they exhibit authority.

Positional authority is what this pastor used.

And, there’s certainly that form of authority in the position. The pastorate comes with a certain influence; even a certain power. Not to be abused, but simply by expectation. The church wants someone to take leadership when needed. He was the pastor. So he made the pastor-like decisions.

You’ll need positional authority at times. Don’t be afraid to use it when necessary. You need it when protecting the vision. Or in times of crisis. And, it is sometimes even granted in honeymoon situations, which is what this pastor used.

But, positional authority is limited in effectiveness; and so it should be used rarely. People may do what you say, because of your position, but they will not always do it with as much passion. And, eventually, if not handled well, people will rebel against that kind of authority; especially when it is the only authority exhibited.

Actually, in my opinion, this pastor abused his positional authority.

Relational authority is far more effective. As the title indicates, relational authority is part of a relationship. It develops with trust and respect. It develops over time and experience. It develops as those you attempt to lead get to know you and learn you are a leader and a person you claim to be. You have their best interest in mind. You aren’t self-serving. You care for them – and love them – even more than the change you hope to make.

Had I been able to talk with this pastor before the trouble began, I would have advised him to be more intentional and strategic about developing his authority. There were probably times to use positional authority, such as with things which were less controversial and easier to change, but again, they would have been rare.

I would have advised him to develop more relational authority before he changed the most controversial issues. I would have said don’t touch the sacred cows without relational authority. And, you want know the sacred cows until you know the people. Many times it’s the smaller issues that hold big sentimental and traditional values, in which people resist the most. And, you’ll find in the end, many of these issues don’t even matter. You’d love them changed, but if it takes a year, or two years, let that be okay. In the meantime, you can develop your relational authority.

You’ll need the relational authority for the things which matter most.

Have you seen a leader try to exhibit authority before establishing authority?