You Can Do Better – Doesn’t Mean You Did Wrong 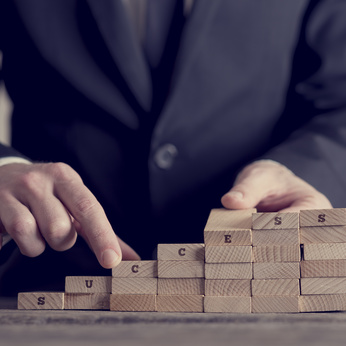 Part of my job as a leader is helping people I lead get better at what they do – which can only happen if I’m continually improving myself. Continual improvement, though, often involves letting others know about areas I see where they can improve.

Correction, however – even when it is constructive – can be difficult for some people to receive. Granted, much has to do with my delivery of the “encouragement” to improve, but I’ve found some people especially struggle to receive anything with an appearance of correction.

It may be they don’t want me to believe they made a mistake or that there is any room for improvement in their work. I get that to a point. There’s a part of all of us which strives for approval, and, that’s especially true with perfectionist personalities. Some people seem to feel if something needs changing about their performance, then whatever they did wasn’t completely right.

(Frankly, some struggle to be corrected out of pride – which isn’t a personality trait. It’s a sin, but that’s the subject of another post.)

But, for others, while they may be embarrassed to be seen as having done something wrong, what they actually did may not have been. The opposite of right is wrong. And, that’s not the case most of the time.

It’s not that they did something wrong. It’s that I really believe they can do something better.

For some people, I have to remind them of an important leadership principle:

Just because you can do something better, doesn’t mean you did anything wrong.

They did what they’ve been taught to do.

They did the best they knew how to do at the time.

They gave it everything they had – so far.

We all have areas where we can improve. We can always get better. We can improve upon the way it’s always been done, learn new ways of doing things, and do things better the more we try.

Just because something can be done better, doesn’t mean it was being done wrong.

Part of healthy leadership is helping people know and learn the difference.

One way leaders can do this is how Jesus shared to the seven churches in Revelation (or most of those churches). He applauded what He liked about them and then shared where they needed to get better. As leaders, we must develop people’s trust in our leadership, so they don’t fret when we offer suggestions for improvement – they receive them with the purpose for which they are intended. When we have a “we are in this together” team attitude we will less hear criticism and more hear improvement.

And, improvement is good for all of us.