5 Insights I Have Learned About Failure 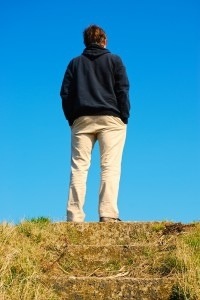 I deal with people who feel like failures. Everyday.

It could be because of relationships gone bad. Business setbacks. A personal life – which was private – but is not anymore, because of intentional bad decisions or circumstances out of the person’s control.

And there are so many other examples I could share – but, the person feels like a failure.

One reason people seem to identify with my teaching is I’m not perfect. I’ve made lots of mistakes. In all the areas I listed above – I’ve experienced failure. (Where do you think I got the list?) I didn’t enter the ministry until I was 38 years old and there was plenty of time to gain valuable life experiences, which can only be learned the hard way. (And, I haven’t quit making mistakes in ministry.)

Here’s what you need to understand though.

I’ve had failures – but I’m not a failure.

Because I got back up every time I failed.

(If this is your story, maybe you need to repeat that line to yourself. I’ve had failures – but I’m not a failure.)

Along the way I’ve gained some insight into failure. There are some misunderstandings about failing you don’t necessarily know during the failing process.

Not everyone is talking about you.

This is a critical understanding, because it sometimes feels the opposite. As a result, sometimes we avoid people – even though we may need people in our life more than ever. Sometimes we refuse to get back in the game – even to attend church – because we assume we are the news on people’s mind.

Yes, some people may be talking about you – for a while – but not for long. I’m not saying you aren’t important, but there will be a bigger story out there soon. Trust me. And, yours won’t be the flavor of the month for long. And, for those who do like to talk about others – I’ve learned they are often trying to shift attention from their own failures. (You can also remind them it is a sin to gossip.)

Your attachment to the failure may never fully go away.

That’s hard, but it’s true. Rahab was always known as a “harlot” in the Bible. She kept her title. Yet, she also made it into the famed “Faith Chapter” (Hebrews 11)

When triggered in someone’s mind, they may remember your failure for years. History books record great failures of people with great success. You may have consequences to face because of your failure. Grace eliminates the condemnation of failure, but not always the impact on you or others.

I’m not sure, however, if it should be our goal to completely lose any reminder of our failure. It’s actually a way we can demonstrate grace. We can be an example to others who have failed and are seeking hope. God uses our failures as a source of strength for others. But, whether or not people can label you a failure will depend on how you respond to failure – how you proceed after the failure.

Plus, and this has proved important in my life, failure keeps us humble and, if responded to correctly, can actually fuel us for future success.

God loves you more than you can imagine, even when you fail.

In fact, in my experience with failure, whether it was by intentional sin or through no fault of your own, it breaks your heart at some point. My Bible says God is close to the brokenhearted. And, your failure is what makes you a great candidate for grace – something God loves to extend to those who will receive it. Nothing you do can make God love you less or more than He does right now. He made you. You are His.

Forgiving yourself may be the most difficult thing.

It’s true. The hardest person to forgive for failing is almost always ourselves. We usually hold our failures against ourselves much longer than the world does. And, the enemy understands this and loves to use it against us too. Why not? It works, right?

But, forgiveness is a choice. Receiving God’s grace is a choice. Moving forward is a choice. Choosing your next steps wisely – that’s a choice too. You may need to preach the Gospel – to yourself.

The best days of your life may be after the failure – not before.

Wow! If only I could have understood this during some of my darker moments due to failure. If you refuse to let failure control you and you allow God, by His grace, to shape the rest of your story you may just experience some of your best moments of life in the days ahead. That’s my story. And, I’m thankful. I wouldn’t be the husband, father, pastor or friend without some of the failures I’ve experienced.

Obviously, no one should ever desire failure so they can learn from it. But, failure is a part of living in a fallen world. The key is to not allow failure to be our dominant identification. That’s determined by what we do after the failure.

What have you learned from failure?