How a Man After God’s Own Heart Leads: Lessons from King David 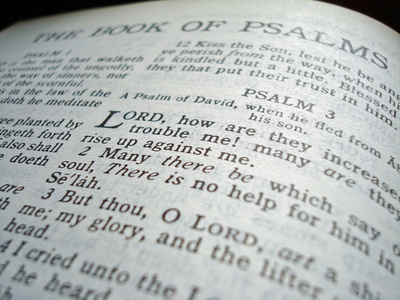 Leadership these days is tougher than ever it seems. Times are hard and organizations are stressed. Employees are stretched and budgets are tight. Loyalty is rare and everything is changing a rocket pace.

One job of a successful leader is to encourage those who look to him or her for leadership. Leaders are to “rally the troops” so to speak and keep people moving forward. This becomes especially more difficult during stressful times in an organization, but even more important.

I’ve studied and written a great deal about King David — before and after he was appointed king — because he appears to have been a great leader in his time. Perfect? Well, of course not, but he was a “man after God’s own heart.” God used him to lead His people during some difficult times.

One great example of motivating a team during crisis comes from the writings of David in Psalm 3. At the time of this writing, it is believed that David was hiding out from his own son Absalom. His encouragement kept his troops focused and gave them strength they needed in desperate times.

If you don’t know the story, you can read the full context in 2 Samuel Chapters 11-19. In short, David’s sin (I told you he wasn’t perfect) led to a family turmoil, which led to David’s son attempting to take over the kingdom. David fled for his safety, but an army went with him. In spite of being outnumbered, David kept his troops encouraged and they eventually returned to power.

If you are a leader struggling to gain victory or you feel overwhelmed in your current situation, this story may motivate you. (It does me.)

Let’s walk through Psalm 3 in The Message Version:

Verse 1-2 God! Look! Enemies past counting! Enemies sprouting like mushrooms, Mobs of them all around me, roaring their mockery: “Hah! No help for him from God!”

There will be times in any leadership position where the odds seem to be against you. In those times a leader may feel there are more negative voices than positive voices — both outside and even inside the organization. (Remember, what you feel is not always reality, but it’s you’re perceived reality at the time.)

Verse 3-4 But you, God, shield me on all sides; You ground my feet, you lift my head high; With all my might I shout up to God, His answers thunder from the holy mountain.

The leader, regardless of the naysayers, must remember the vision and the resolve of his role within the organization. In this case, of course, David wasn’t unrealistic. He knew the situation was gruesome, but he also knew he had a testimony with God and that God had placed a special calling on his life. Great leaders know their calling.

Verse 5-6 I stretch myself out. I sleep. Then I’m up again—rested, tall and steady, Fearless before the enemy mobs Coming at me from all sides.

David took action. An important action under the circumstance. He went to sleep, placing everything in God’s hands. It was as if he said, “God, when I get up — it’s all you again!” Leaders must know their limits, their strengths and be willing to rely on help from others. Christian leaders ultimately rely on the power of God.

Verse 7 Up, God! My God, help me! Slap their faces, First this cheek, then the other, Your fist hard in their teeth!

David woke up with a passion that exploded inside of him. He had a new resolve. He had experienced a revival in his heart. He was ready to move forward with God’s plan. I can almost imagine those around David thinking, “What got into him last night?” Great leaders, in spite of their challenges, have a contagious enthusiasm about moving the vision of the organization forward. A team will rally around a leader with conviction. You may need to take a break, get re-energized, and come at the plan again with renewed fervor. That’s what good leaders do.

David assumed his rightful place as a leader and began to invest in others. As David looked to God for his strength, his people could look to him to lead them. Now, ultimately, in the days of grace, each of us respond and are accountable to God directly, but God uses leaders to instill vision and values, and encourage others to move forward, even during dark days.

Fellow leader, are you in a tough situation right now?

Maybe you lead a church, a business, a non-profit or even a family, but if what or who you lead has fallen on hard times, follow the example of David.

Lead your team to victory!

With God on your side, who can be against you?