How To Balance Strategy & Creativity To Move Your Ideas Forward 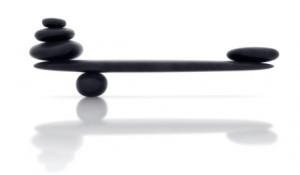 This is a guest post by Brian Church. Brian is the founder and Chief Executive Officer of a Consulting Firm called Ambassadors International. Brian’s book, “Relationship Momentum” is about the secret to making ideas and initiatives move.
Brian lives with his wife Kimberly and son in Nashville, TN. His mission is to help Entre and Intrapreneurs activate their ideas by creating movement in a consistent direction.

How To Balance Strategy & Creativity To Move Your Ideas Forward

In their hearts humans plan their course, but the Lord establishes their steps. Proverbs 16:9

As a creative young businessman, I initiated many projects that eventually ran off the rails. Most of the derailment was due to a lack of planning or pause when a change was needed. I often did not understand the tactics I needed to employ or the force that was needed to apply until it was too late. I have learned a lot over the years, and most of the lessons were hard ones. Consequently, I have had to pay my fair share of “pain tax.” Today, I have learned to properly apply strategy and force, making me a better manager of the creative process and a stronger entrepreneur.

The Application of Force

There are three ways to make tactical course corrections by applying force. Applying strategy and Tactics in the creative process can be best illustrated through examples of paddling a canoe.

PULL or ADDED FORCE — If you want a canoe to veer to the left, paddle on the right. This is a positive application of force and the most efficient way to turn. This corresponds to tactical changes you make, not by abandoning what you have been doing, but by simply adding more energy to something you are already doing. Paddle harder on the right. It is, however, the slowest way to turn.

PUSH or OPPOSING FORCE — To execute the quickest possible turn, you apply resistance on one side. Paddle backwards on the left, and the canoe makes a sudden left turn. In terms of canoe speed and momentum, this is the least efficient way to turn. You have executed the turn by slamming on the brakes with regard to a particular initiative. This tactic corresponds to an abandonment of a current program or objective. Opposing force turns are often the result of the lack of foresight or planning.

POINT or ADDED LATERAL FORCE — In canoeing terminology this is called a j-stroke. At the end of the stroke, the paddler rotates his paddle and pushes out and away from the canoe. The result is force applied laterally that changes the direction. In terms of loss of speed and momentum, it is somewhere between push and pull. You change course quickly, but not as inefficiently as paddling backward on one side. This corresponds to a situation in which you are able to change course without the loss of momentum.

Of the three ways to apply force, the most common tactic is push because is it produces an immediate response. Perhaps, the need is for the quickest turn you can execute. This is how we often make the most mistakes. What we learn from applying the Laws of Motion to success is that executing a turn by applying opposing force is the greatest momentum killer and the least efficient tactic. The trick is to make changes without dissipating your forward movement. Trust me, it is less painful.