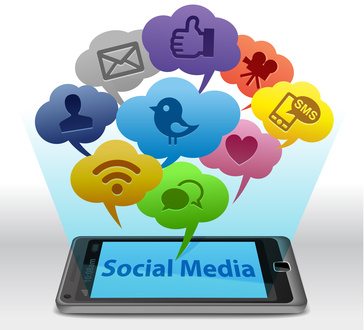 Okay, maybe not everything, but certainly many things.

The rules of the game are changing…

Thanks to social media.

As you may know, I recently transitioned from one church to another. The new church is more established. They have had 104 years to establish their systems and procedures. When it came to hiring a pastor…they had a predetermined system of how that was to be done.

The problem for me was when to alert my church of the possibility of a change. If I told them too early, and didn’t go, it could cripple my leadership. If I told them too late, or after they heard the news on the streets, I could injure people we love.

I was wise enough to discern that with social media, the chances of holding this information were almost impossible. I knew that as soon as either church knew the world would know.

The search team was awesome. They were willing to work with us as much as they could, but still, there was a scripted way the hiring of a new pastor is to occur.

I wanted to honor their structure, but more importantly, I didn’t want to hurt the church plant I love. It appeared the best thing for me to do was to resign my position at Grace before it was official that I was the new pastor of Immanuel.

As it turned out, when I did announce to Grace that I was leaving, it was on Facebook before the end of the first service.

Also, which couldn’t have been avoided either way, someone from Grace was sitting in the audience of Immanuel the Sunday I was announced there. They texted someone at Grace just before I made my announcement. It really is a small world and was a reminder how fast news can travel these days.

As I said, social media (and technology) changes everything.

It was a definite signal to me that we must rethink some of our rules and procedures when it comes to hiring staff members at our churches. Some of the bylaws we have in place, that script the way a person is hired, must be changed to compensate for the speed that information travels these days.

It was okay in my situation. God worked it for good and both churches were protected. I’m not sure it would work that well for everyone. I don’t have the answers, but I’m confident there must be better ways.

Here at Immanuel I’ve asked the search team that worked with me to evaluate the system of calling a pastor. What changes are needed…in light of the changes in the way things are done now…in light of social media.

What do you think? How else is social media and technology changing ministry?