Leader: How Are You Using Your Power? 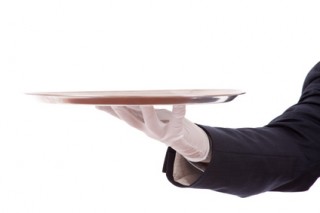 As leaders, we have influence. John Maxwell defines leadership as influence.

Some would say leadership comes with power. I would agree.

Regardless of the size of your following, if people are looking to you as the leader, you have influence.

How are you using that influence?

I’m reminded how Jesus used His influence. Do you think He had some power? He had the power of God at His disposal. He was there when stars were set in place and He knew the numbers of hairs on the disciple’s heads. He could command storms to cease and raise dead people from the grave. Power? Yea, I’d say so.

Yet how did Jesus use that power? How did He use His influence?

“…who, existing in the form of God, did not consider equality with God as something to be used for His advantage. Instead He emptied Himself by assuming the form of a slave…” (Philippians 2:6-7)

Of course, we can’t miss the part before that part:

“Make your own attitude that of Christ Jesus…”

How are you using your power?

I’m contemplating that answer myself today.