Advice for Men after the Wife Says the Marriage is Over 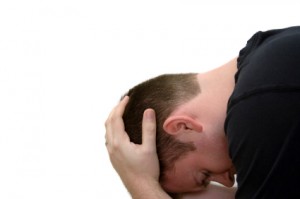 I hope you don’t need this post. It is for a select audience.

After I have answered a question too many times to count, I figure more people have the same question. One of the issues I see frequently is what happens to men when their marriage caves in around them and their wife no longer wants the marriage to work. This could be because of simple neglect over the years or an affair, but she wants out and he wants her to stay. When this happens, a man often becomes a vulnerable puppy of a man and literally doesn’t know what to do next. (I’ve sadly seen it so many times, especially recently.) It could be his fault or her fault, but at this point, the man just wants to save his marriage.

Here are a few suggestions I gave a while ago to a man in this situation. Although this is a personal reply to one man, I believe it may have application for many man in this situation. One thing needs to be clear, however; you must own your decision. You know your situation far better than anyone else. These suggestions are based on experience with dozens of marriage situations, but they are simply my opinions and not designed as professional advice.

If you are in the immediate days and weeks after your wife has indicated she thinks the marriage is over, this is what I suggest:

1. Don’t beg. You are likely much more broken and emotional right now than normal, but women are attracted to a man’s strength, not as much his emotional side. (Even if they say they are…over time they want to see strength.) She needs to know you are hurting, but not see you as weak. That balance is hard to strike, but important to find.

2. Sometimes writing a letter works better than talking in person, because you can share your true heart, think through your words, etc, without all the emotions being involved. When the relationship is especially strained, we tend to say the wrong things, which backs the other spouse into a corner, causing defenses to rise and emotions to take over the conversation. Read THIS POST about how to write this type letter.

3. As hard as it is, after you’ve told your spouse your heart and what you want, you have to give her some space. Honestly, she’s probably feeling crowded right now. After a woman has wrestled through this as long as she has, when she’s done, she’s done. That doesn’t mean her heart can’t change later, but for now she feels smothered almost to be around you. I’m not trying to add to your hurt here. I am simply giving you the reality from what I have seen many times. That’s why she may talk about one of you moving from the house. Chances are this was a very long process for her and you just found out how severe it is for her. That’s typical.

4. Build yourself up physically, emotionally and spiritually as much as trying to save your marriage. You’ll need that in days to come regardless of what happens and it will make you more attractive. In these days, you should draw closer to the heart of God than you ever have before.

5. Seek professional help. You probably aren’t as capable right now of making wise decisions. Find someone to help you do this. Ideally this would be professional Christian counseling with you and your wife, but could be a mature friend or minister. Regardless, get personal help if your wife will not go with you.

6. Do your best not to make stupid mistakes during this time. It’s hard to do, because you are vulnerable, but you don’t want the marriage set back further than it is. Spend time in personal reflection, asking God and yourself what you did to contribute to this situation. If you already know your blame, seek God’s forgiveness, your spouse’s and anyone else you have injured.

7. Surround yourself with a few other men you can trust. Be accountable, open and honest with them. It’s especially helpful, and they are plentiful, to find men who have walked where you are walking and survived.

8. Realize that any change of heart in your spouse is going to take longer than you would hope it would. A woman’s heart usually changes slower than a man’s heart. Be patient. Pray that God brings the right people and influences in her life and that her heart changes towards you.

Please know I’m praying for you as I type this. My prayer is that your marriage will be saved, your wife’s heart will change, and the two of you will grow a marriage that glorifies God. Also, again, this post is not professional counsel. You didn’t pay me to receive this, so don’t hold me accountable for it’s success. I can’t stress enough that every situation is different. I would suggest, although, that these situations often have similar characteristics. Hopefully some of this will help.

Men/Women, what would you add to this?