7 Words of Encouragement to the Pastor Busted by Perry Noble 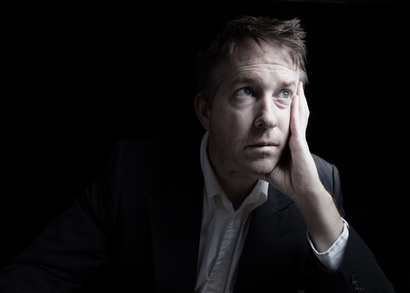 I have a heart for hurting pastors. Several years ago I bought the domain name HurtingPastors.com, but have yet to do anything with it. My schedule hasn’t allowed the time, but my heart for pastors in trouble has continued to grow stronger. Over the years, and in a few different churches, we have been blessed to have some of the pastors in between ministries, or who have dropped out of ministry, attend our church while they recover.

So recently when another mega church pastor hit the news for having been removed from the pastorate my heart went out to him. And, there have been so many others in recent years. It breaks my heart, because I believe it surely must break the heart of God. And, gives the enemy a (temporary) laugh.

But, my heart, as much as it goes out to the ones we’ve known, goes out equally to the ones we don’t. Surely all pastors are under temptation. Some more than others on any given day.

So, I have a question. It won’t be for all my readers today, but I hope it reaches the one who needs it most – whoever you are.

Here is my question:

While the Christian world was buzzing a few weeks ago about pastor Perry Noble – were you sweating profusely thinking – “Wow! It could have been me!”?

Perry was busted. Bloggers and Christian news agencies were scrambling to get a post up about his dismissal from the church due to struggles with alcoholism. Thankfully, most of the posts I read were encouraging of grace. The responses I have seen from Perry have been remorseful and, honestly, helpful to Newspring and the Body of Christ in dealing with yet another fallen pastor story. He admitted his wrong, asked forgiveness, agreed with the decision of church elders and encouraged people to continue attending and supporting the leadership of the church.

By all appearances we didn’t shoot our wounded too badly this time. Good job, church.

(Honestly, this is one of the reasons I usually choose not to post on these stories – and, why I waited on this one. I don’t want to appear to capitalize on the downfall of one of our own.)

But, my heart goes out to the other group I mentioned. I’m not ignoring Perry. I certainly pray the best for him. I have met him a couple times, and although we are not personal friends, I would certainly help him any way I could to seek restoration.

I just got the feeling Perry’s story probably had a far reaching impact – well beyond Perry and the Newspring family.

Because Perry was such a public figure – because his sins were made widely known – because he was removed in such a public way – there were countless others who could have been – but weren’t. The story could have easily been about you. This time it wasn’t.

Perry was busted. And, for now, there are other pastors still able to hide their sins.

Those are the ones to whom I am writing. If reading of Perry’s downfall caused you to cringe a little – if conviction began to rise in you and you felt a sweltering of guilt in your gut – this post is for you!

If you have hidden sins of alcoholism, drugs, pornography – maybe even an affair – I want to say a word to you. If you’re caught in depression – or emotionally you are about to crash – if the weight and the secrecy of your sin is overbearing – will you keep reading?

Here are 7 words of encouragement to the pastor who got busted by Perry Noble:

Jesus loves you. Yea, He still does. You hopefully teach this to your church every Sunday. Please, know it applies to you also. Still.

You need help. You know this. Again, you would tell anyone in the church this who was living in the sin in which you are living. What makes you think you can do this on your own. We aren’t designed by our Creater to do life alone. Yes, you’ve probably been crying out to Him, and you should continue to do so. You should be wise to whom you confess, but God designed community for times like these.

It will be hard to admit. No sugar-coating here. I’m not pretending otherwise. Saying the first words – admitting the sin – those will be some of the most difficult words you’ve ever spoken. The hardest step will be telling the people you love the most.

Consequences will be what they will. Yea, I know, this is the one which scares you most. And, we don’t always get a reprieve from consequences. No guarantees the mercy of God will remove them from you. Sometimes, however, our mind is capable of a worst case scenario far greater than reality. The focus in your mind should be less on the consequences, however, and more on the recovery you want to eventually experience.

It’s better to come forward on your own. It is. There is less of a scandal this way. It won’t be as messy. Control is not what you should be seeking now, but it will help you feel less out of control.

You probably have more supporters than you think you do. There are people who will love you even at your worst. These are the genuine people. They weren’t following or loving you because you held a position of authority. They were following and loving you because you are you. And, what a blessing these people will be when they are truly revealed. And, there are those people around you. I’m sure of it.

The other side is brighter than today. Because this side is miserable, isn’t it? Hiding. The lies. The lies to cover up the lies. The lies you even tell yourself. Not feeling you are doing your best. The hidden guilt and shame. How much longer do you want to feel this way?

Some will disagree with where and when – and, I wouldn’t worry about this right now – but, I believe if God placed a call on your life it is still there today. Part of your recovery may be figuring out where God will use you next. He loves to restore people and use them as testimonies of His grace. The Bible we love and teach is full of these stories. Cling to them now and let them fuel you for the days ahead.

Please know my goal is to help, not produce further injury. If you’ve got coal to dump on fallen pastors – or others – keep trolling, please.

Also, and I edited the post to include this comment, this advice applies to more people than pastors. They just seem to be the ones who make the news and our large part of my readership.