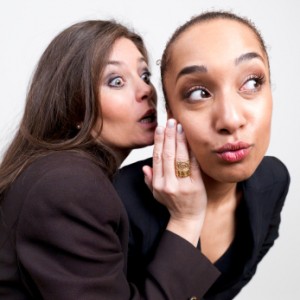 This is a guest post by Matt Mitchell, a local church pastor and the author of Resisting Gossip: Winning the War of the Wagging Tongue a new book on a topic about which I care deeply.

But it’s not always that easy to resist, is it? The Bible says, “The words of a gossip are like choice morsels; they go down to a man’s inmost parts” (Proverbs 18:8, 26:22). The choice morsels are those little bits of food that are hard to say “No” to and, once swallowed, have a lasting effect on our hearts.

One of the chief reasons why it’s hard to resist gossip is that we often can’t see any alternatives.

I wish I had a dime for every time I’ve heard someone say, “But if we didn’t gossip, we wouldn’t have anything to talk about!” Of course, that is not true. But it often feels as if it is.

Everybody around us is doing it. Talking about others behind their back is fun and exciting. Gossip is juicy and attractive, and it just doesn’t feel like we have a lot of options.

In Resisting Gossip, I dedicate two whole chapters to planning alternative strategies for when we get into potential gossip situations.

Here are five good ones:

1. Say Nothing At All

As the saying goes, “If you can’t say anything good, don’t say anything at all.” Silence can be golden. Proverbs 17 says, “A man of knowledge uses words with restraint, and a man of understanding is even-tempered. Even a fool is thought wise if he keeps silent, and discerning if he holds his tongue” (17:27-28).

Abraham Lincoln put it this way: “It is better to keep your mouth shut and let them think you are a fool than to open your mouth and remove all doubt.” This rule of thumb goes not just for face-to-face talking but also for texting, messaging, emailing and every other kind of communication through which gossip could flow.

Often we can do even better than silence. We can say something good. Offer encouragement, commendation, affirmation and approving words. If we are tempted to talk about someone, then we should talk about that person’s good points.

Don’t lie. Do not commend something that is not commendable, but in most situations, we can find something positive to share instead. The next time you are tempted to gossip about someone, talk about how good that individual is. That is what Jesus’ Golden Rule implies. Speak about people in the way you would want them to speak about you.

I get this phrase “commend the commendable” from Sam Crabtree’s book Practicing Affirmation. In one chapter entitled “100 Affirmation Ideas for Those Who Feel Stuck,” Crabtree offers a terrifically long list of options. We can do this!

3. Talk to People, Not About Them

When there is a problem between us and another person, the overwhelming temptation for us is to run to just about anybody other than the one with whom we have the conflict. The way forward in conflict, however, is not to talk about the other person but to talk to the person in love. Jesus says, “First go and be reconciled to your brother” (Matt. 5:24).

Did someone offend you at church? Talk to him about it. Did a co-worker hurt your feelings in a meeting? Bring it up with her. Did your parents’ recent decision mess up your plans? Take it up with them.

Amy Carmichael, a missionary to India in the late nineteenth and early twentieth centuries, had this rule for managing conflicts at her mission station: “Never about, always to.” Conflicts are fanned into flame when we talk about people, but they can be resolved when we talk directly to the person with whom we have the problem.

Ephesians 4:29 says that our words should build up others “according to their needs, that it may benefit those who listen.” Proverbs says, “The lips of the righteous nourish many” (10:21).

I have a friend who is that kind of person. Dan always has something good to say, even when there is not much good to talk about. He’s not afraid to confront someone in love when they are offensive, but he goes above and beyond the call of duty and encourages the people he’s confronting! He’s the first person I call when I have a problem, not just because he is wise but because he is nourishing. He uses merciful words, and people love to be around him. Dan is what I call “a party waiting to happen,” because he’s so full of grace.

You and I don’t have to say everything we think. In fact, we can be merciful because our heavenly Father is merciful (see Luke 6:36). Often we can do better than just staying quiet or even commending the commendable. We can go the extra mile and speak words of grace.

Proverbs says, “A gossip betrays a confidence; so avoid a man who talks too much” (20:19). Don’t go near a gossiper. Walk on the other side of the street. Get away from that person. You and I might even need to skip out on some social situations if we know that all we will hear in them is sinful gossip. It might be a sacrifice, but it might also be worth it.

Sometimes we cannot avoid a person who gossips, simply because of our relationship to them. They are our mothers, sisters, brothers, co-workers, and fellow church members. In cases like these, we need to avoid not the person but the topic. We need to redirect conversations, if we can, to avoid the gossip in them. It’s not wrong to push a conversation in a new direction.

That may sound a bit sneaky, but it is really just shepherding a conversation and acting as a leader. The Bible says, “Without wood a fire goes out; without gossip a quarrel dies down” (Prov. 26:20). Just removing the gossip can change the temperature in a room.

Of course, these five strategies are impossible for us to successfully follow without the power of the Holy Spirit. Let’s make it our prayer today that He would navigate us through the treacherous waters of everyday gossip with godly alternatives.