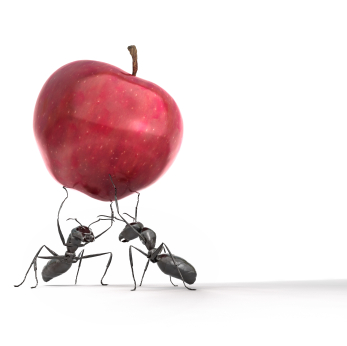 We have to be very careful with progress. Progress can be a fun. Most leaders want to see progress. Most people do also.

But, as much as we may want – and need – progress, there are reasons we naturally tend to avoid it.

Here are 7 reasons we avoid progress:

It stretches us – Progress always takes us in areas we’ve never been before.

I recently hired a personal trainer. We spend a lot of time stretching. If you stretch enough, as much as I may need to, it hurts! I have to fill a little pain so I can eventually feel better and be more productive in my workouts.

It invites change – Always. You can’t have progress without it. Progress loves to stir interest in something new. And, to fuel and maintain the momentum brings continual change.

It’s like buying a new couch for the living room. Pretty soon, if you like the couch enough, you want more new. You might have to have a new rug in front of the couch. And, then a new chair. And, new curtains. (You get the idea.)

You have to improve – I often say, “You have to get better to get bigger.” It’s true. Progress, requires more energy and effort as it progresses.

Every time I’ve initiated some type of development opportunity it’s required a learning curve among our people. We have to figure something out we have previously never done.

It’s often messy – Progress often goes where there is not a defined system or procedures. In finding new territory, progress gets messy at times.

Most of us, even the risk takers among us, (people like me) prefer something in our life, which is safe and predictable. Getting to real progress seldom is.

It often defies logic or boundaries – Traditional lines of thought won’t always work with progress. You’ll have to think beyond what’s pre-determined, established, and even normal at times.

In church revitalization, for example, as much as we try to build upon the past there really isn’t any way to move forward unless you challenge the way things have always been done. This is often where the resistance begins. It’s uncomfortable.

It invites competition – No one pays attention to a stagnant organization. Show people a little progress and someone will want to join the fun!

Of course, we are all on the “same team” in church work – right? But, our competition isn’t necessarily other churches. The more we find ways to get people into church – the more there is in the world to distract them.

It begs for more – Progress begets progress. People want to keep experiencing the thrill of victory.

You can’t say you haven’t been warned. We have a choice. If we want to achieve progress we have to make sure we are prepared for the “progress” it brings.