My Best Advice for Leaders When Things Are Going Wrong 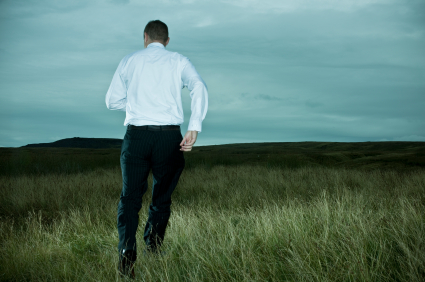 In my pre-ministry business days, Cheryl and I owned a small manufacturing business. We owned another business prior to this one and it had been extremely successful. We were able to sell it and purchase this new venture. It was an exciting time and we honestly felt it was something God was doing in our lives at the time. Very, very long story short, in the five years we owned the manufacturing company, everything which could go wrong did.

Looking back it was one of the hardest seasons of my life professionally (Almost as hard as church revitalization. True story.) We learned a ton, but it really was a difficult time for Cheryl and me.

This is not a pity-part post, however. As I do with my blog and ministry, I’d love for you to learn from one of my biggest mistakes while owning this company. As a leader, I reacted poorly and it ended up costing me greatly.

As a result of my experience, here is my best advice for the CEO/Small Business Owner/Pastor when things are going wrong in the organization:

Whatever happens, as bad as it gets, don’t disappear from your leadership post. I did this. I was busy with leadership roles in the community and church, and even though there was nothing wrong with any of them, I often made them excuses for not being on the job when they needed me most. (Please understand, this is hard to admit now, but I want you to learn from me.)

When things are going wrong you will be tempted to skip out of the office early, hide with your door closed, or make excuses for why you aren’t on the job. You’ll make excuses for poor performance numbers and why things aren’t going as they should. You’ll be slower to respond to problems when they arise. You’ll avoid conflict at any cost.

None of these are ever the right response.

Again, this is hard advice from very painful times in my own life. Looking back, however, and I’ve rehearsed this in my mind thousands of times since, we were just about to reach some resolutions when we eventually sold the company. I gave up too soon. (God worked it all for good as He does, but I can only live with my regrets – and, thankfully, accept His grace.)

Eight long, hard months after selling this business I entered the ministry – and God has continued His faithfulness. I wish my story included me ending in the business world on a more positive note. At least I can learn from the experience and pass them on to you.

As much as you want the pain to be over, hang in there and fight your way to the end of the battle.

You may need to slip away long enough to regain your composure. In fact, I encourage frequent times of rest to re-energize in the midst of the battle. It’s been one of my key strategies in revitalization, but those seasons should never so long that those who are trying to follow you think they have lost their leader.

You may need to write a new plan. This may involve getting blunt honest with your team (something I didn’t do) and humbly soliciting their input. They often have better ideas if you ask them. It’s one of the chief values of a team. You may need to call in some advisors (And, not doing so was another mistake I made), but there is wisdom in the collection of minds. Often the turnaround is in the room if you lead people to it.

Whether the end result is things turnaround and everyone gets to celebrate or the worse case scenario comes true and the organization ends, lead your team as long as you hold the position of leader.

Looking back on the situation, from my humbled perspective, you’ll be glad you continued to lead strong to the end.