7 Acts of Grace in a Marriage 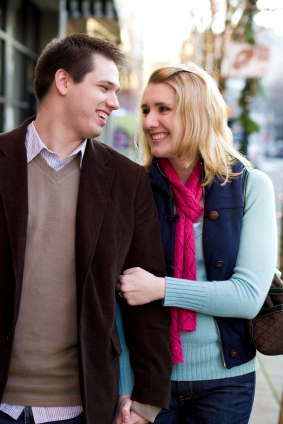 After years of working with marriages, including my own, I’ve come to a conclusion. Marriages that struggle are often lacking one key ingredient. It’s something that, when missing from any relationship, will cause trouble in the relationship. The missing ingredient is called grace. And, when applied appropriately, it’s amazing.

If the marriage is struggling, one remedy is to apply more grace. Of course, it ultimately takes two people to make the marriage work, but one way to improve things is to interject more grace. When both parties are grace-giving to each other, the marriage can soar.

Here are 7 acts of grace in a marriage:

Recognize differences – You first have to know them, but you have to give grace for your uniqueness. No two people in the world are alike and that’s never realized as more true than in a marriage relationship. The more you understand those differences the better you’ll be able to grow the strength of the marriage. And, if you live in the grace of marriage you’ll spend a lifetime in discovery…never believing you’ve got this person completely figured out, but always dating, always exploring new dreams together, always learning about each other.

Respect differences – It is not enough just to know the differences, you have to accept them. Respect them. This doesn’t mean making excuses for them but fully embracing the other person’s uniqueness as a gift to the marriage and allowing them to work for the marriage rather than against it. I’m an introvert. My wife is an extrovert. I can’t always be introverted and respect her extroversion. And vice-versa. I need to talk and listen sometime for her. She needs to allow quiet sometimes for me, but when we blend the two differences together, we become a power couple for the ministry God has given us.

Clear boundaries – Don’t hold your spouse accountable for what they don’t know. Understand the unique needs of each person to keep the marriage strong. Establish the boundaries that are reasonable and agreed upon by both spouses, then live within them. It’s not legalism, it’s giving grace to the other person. For example, I know that Cheryl needs quality time. It’s her love language. I extend grace to her when I protect my schedule to spend ample time with her during the week. She knows I am fueled on her respect of me, so she “graces” me by not speaking down to me in public.

Forgive easily – Have high standards for your marriage, but recognize two imperfect people are trying to uphold them. You’ll make mistakes. Both of you. You aren’t perfect. And, neither is the person you married. You extend grace when you practice granting forgiveness more than you practice holding a grudge.

Serve expecting nothing in return – Part of gracing one another is doing for each other with no strings attached. The goal is not a 50/50 partnership, but that each spouse extend 100% grace to one another. When a couple mutually submits to one another…even out-serving each other…the bond of the marriage is strengthened. (See Ephesians 5:21)

Extend trust – A marriage won’t grow far beyond where trust is still being earned. Many of us bring our own hurts into a marriage. It can be difficult to place full confidence in the other person, especially after mistakes are made. For a marriage flourish, you have to risk being hurt and extend the grace of trust. (There will be those reading this who have had reasons to mistrust their spouse…I get that…and it takes time to recover from severe hurt in the marriage. At some point, however, for the marriage to ever be all it should be, a risk of trust will have to be given again. That takes grace.)

Love the mundane – Let’s be honest. We live in a fast-paced world and sometimes, if things aren’t moving fast enough, we can fall into routines and life can be boring. That bothers some of us more than others. For some of us, we love the big…the grandiose. We love the mountaintop weekends and the pinnacle vacations. We want every moment of our life to be extraordinaire. And, frankly, it’s not. It can’t be. And, if we aren’t careful, we can get bored even in the marriage. In fact, I’d be bold enough to say boredom is a leading cause of marriages that fall into trouble. It often starts there at least. Grace in a marriage means that we learn to love the highs…which is easy…and the lows…which is hard…and the mundane…which is sometimes…for some people…the hardest of all.

Can I ask you a question? Will you be honest with yourself?

Is your marriage suffering from a lack of grace?