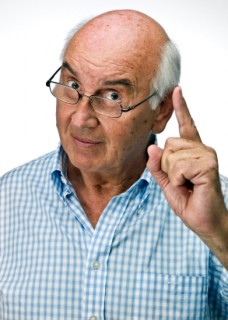 It surprises me how many well-meaning, even nice people don’t know how to offer a complaint. One that actually gets heard. The Bible says “do everything without arguing or complaining”, but I don’t believe that means we aren’t to ever voice our opinions. There are times when letting someone know what you don’t agree with or how you were mistreated is warranted. If I owned a business, and you were unhappy with your service, I would want to know. As a pastor, I realize you see things I don’t see. If there are issues of concern we want to know it. If you saw a glitch in our preschool security, please come tell me quickly. But, knowing how to offer a complaint (or an opinion), even when it is good information, can make sure your input isn’t quickly dismissed.

I wrote THIS POST recently on how to offer a criticism that actually gets heard.

Then I heard from a pastor who is undergoing change in his church. Needed change. But, along the way, he’s receiving a lot of complaints. Lots. And, they aren’t being delivered in very nice ways. They hurt. There are weeks he feels he is doing nothing right even though the church has grown, new families are being added, and overall the attitude of the church has improved. Complaints, mostly the way they are presented, are shadowing out the good he is doing in his own mind. (I don’t completely understand it but for some reason the filter of civility is often lost when speaking to pastors.) I tried to coach him through this, reminding him of truths he already knew…God is in charge…change is hard…some people are mean :). But, I’d love to address his church sometime. Especially the complainers…and help them see how they could offer their opinions (even if they are merited) in a way that is more beneficial for everyone. Right now it’s not working.

But, it’s not just pastors. I was standing in a checkout line recently. Apparently this customer who frequents this store nearly everyday (his words) was unhappy. He didn’t know how to complain. Not in a way that he will ever be taken seriously. And, in my observation, he may have had a valid issue, but it was quickly dismissed and he was labeled a jerk by store staff.

I watch it in restaurants when the waitress is chewed out by the customer. It’s sad. We may have a valid complaint, but we many times don’t know how to complain.

That’s what this post is about. Complaining. In case you need to complain. (Make sure you do first. Is it rooted in selfishness or rightness?) Honestly, I think we’ve become very selfish as a society and should work to complain less, but that’s another post I guess. For this post, let us assume people are still complaining. This post is: Helping complainers complain better.

So…as much as possible…

Use the sandwich approach.

Basically, in between two pieces of praise, insert the meat of the complaint. You might even put a little sweet jelly on it if needed. (I didn’t invent the process. I’m just expanding upon it.)

Praise – What do you like about the person? What are they doing right? Focus on the positive as much as possible. People listen better to people they think actually care for them as a person.

Complaint – As much as possible, make it constructive criticism rather than a complaint. Be honest. (Don’t embellish.) Be professional. Be kind. (You can offer disappointment and still make someone think you like them.) Be clear. Be quick. Be helpful. Use “I” statements more than “You” statements. Stick to the point.

Praise – Thank them for listening. Bonus points for encouraging them in some way. Complaints can be hard to hear. Soften the blow by ending with kindness.

Of course, doing this may require you to think before you speak. It may even mean writing out your complaint first and reading over it several times. At times, after this step, you may see your feelings have changed and you don’t wish to offer a complaint. (The “sleep on it” approach is never a bad system.)

This is a serious post, written in a lighthearted way. Honestly, it appears to be a problem in society these days. In the end, I believe it’s a heart issue. For all of us. We’ve lost the art of how to talk to people…how to offer a serious criticism when needed. In the process, we injure people. Thumper’s mom was right…(My mom too)…”If you can’t say anything nice, don’t say anything at all.”

What do you think?