Dancing Priest: How a Book Was Born 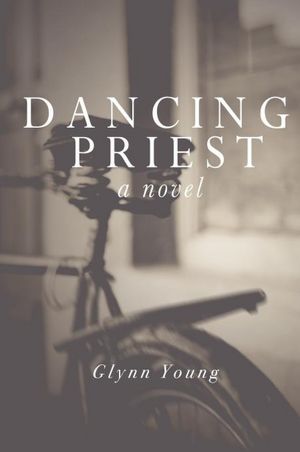 This is a guest post by Glynn Young. Glynn authored a book that I can literally say is going to be one of my all time favorites, and I just read it last month. And, it’s fiction. Dancing Priest is captivating, challenging and, I believe, potentially life-giving for some in the church who want to reach a current culture. Glynn lives in suburban St. Louis, where he works as the social media team leader for a Fortune 500 company. He’s married with two grown sons and two grandsons. He’s also a deacon at Central Presbyterian Church.

I asked Glynn to share how a book that impressed me came to be. Here’s his story.

It was 2002. I was flying to San Francisco and listening to an in-flight music program featuring a tenor with a beautiful voice – Mario Frangoulis. He sang one song, “Luna Rosa,” in Italian, which I don’t speak. I knew the title meant “Red Moon.” As I listened, an image formed – a priest dancing on a beach.

When I arrived at my downtown hotel, I found the CD at a local bookstore. It became my drive music – if I was in my car, I was listening to Mario Frangoulis.

One night not long after, I laid in bed, thinking about that priest. I realized he was Episcopal or Anglican. He was part of a tour group that included a young American woman. The possibility of romance was in the air.

For the next three years, I created the story in my head. I plotted the scenes. I moved the priest to Edinburgh and put him on a racing bike. I gave him a name – Michael. I gave the young woman a name – Sarah. I added characters. I decided my priest was originally from England, the only child of his parents’ second marriages.

I developed a conflict – a young couple in love, Michael preparing to enter the Anglican priesthood and Sarah mildly hostile to anything connected to faith. Michael is the central character, but Sarah’s lack of faith is the story’s pivot.

For three years, the story grew and developed in my head. I never thought of it becoming a book. And I didn’t say anything about it, even to my wife.

The catalyst was Hurricane Katrina. Most of my side of our family lives in New Orleans and the Gulf Coast. I spent a harrowing week tracking down family members and finding a way to get my elderly mother and aunt out of the city.

Something about that experience convinced me I didn’t want to lose the story in my head. I began to type.

The story poured out, some 250,000 words (enough for three average novels). When it stopped pouring, I knew it needed serious editing and rewriting. What works in your head at 11:30 at night while you’re falling asleep often won’t work as well in daylight on a computer screen.

The rewriting and editing continued until 2008. My wife convinced me to try to market the manuscript. I sent out queries to agents and editors. I developed elaborate editorial packages (designed as requirements to discourage would-be writers). I talked with editors and agents at a writer’s conference.

I almost gave up any hope of publication when an agent told me it was not marketable unless it had a vampire or werewolf in the story. And he was serious. (This was when the Twilight novels were taking off.)

I continued to write and edit. The story grew.

In 2010, a small publisher here in the St. Louis area told me he’d heard I had a manuscript, and he’d like to read it. I said no. He kept coming back at me for six months, and I finally let him take a look. He told me it was an incredible story of what coming to faith is about and he wanted to publish it. I said no. It sounds crazy, but I wasn’t ready.

He kept after me for a year. And then one day he said, “Are you going to let me publish it or not?” I surprised us both, and said yes.

Dancing Priest was born in late 2011. The sequel, A Light Shining, came a year later.