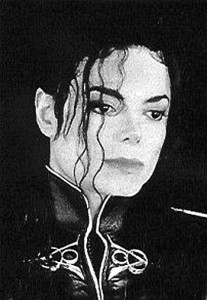 I am in Lithuania on a mission trip. This country, for the most part, was cut off from Western civilization for the many years of Soviet occupation/Communism. In the first few days we have been here I have heard numerous accounts of how sterile an environment the country was during those years. Apparently, however, one part of the Western world managed to find it’s way through to this culture. The name is Michael Jackson.

We were saddened to hear of Jackson’s passing, but word hit the streets of Lithuania quickly also. It is amazing that he is a legend here as well.  This morning on my run I passed a couple of shrines to Jackson. I wish I had a camera with me. They had printed Internet pictures of Michael Jackson and put them in clear plastic binders, taped them to park benches, and surrounded the benches with burning candles and flowers. The man’s legacy lives here also!

I am wondering now if Michael Jackson’s memory/death will be forever immortalized as Elvis Presley’s has been. What do you think?