5 Things NOT To Do In Times of Crisis 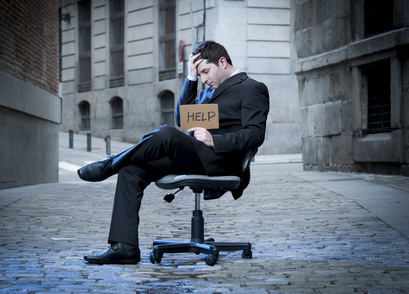 In my profession, I encounter a lot of people in crisis. Since this is mostly a leadership blog, I tend to think of leaders I know who are currently or have been in crisis. They may be a personal crisis or within a group or organization in which you lead, but the way you respond will almost always determine the quality of recovery from the crisis.

For the next few posts, I want to address this issue with some thoughts on how to respond during these times of crisis in life.

If you don’t need them now, store them away for future reference. In a fallen world, working with people, times of crisis are sure to come.

I will start with the negative, because typically we begin there when crisis comes. This post will be followed by some ideas of what you should do and then finally, I’ll share some thoughts on what to do after the crisis period has subsided.

Here are 5 things NOT to do in times of crisis:

Panic. The word panic means “a sudden overwhelming fear, with or without cause, that produces hysterical or irrational behavior” (Dictionary.com) If you panic when crisis occurs you’ll almost always make bad decisions and cause yourself more pain. Calm down, come to your senses, and
think and pray so you can make wise decisions.

Quit. When I was in a business that was struggling the worst reaction to my situation, which was the one I chose most often, was to run from the problem. I would disappear for hours. Looking back, it never solved anything. Reflecting on those days I wish I had stayed the course, because when I gave up, so did those I was supposed to be leading.

Blame. This includes kicking yourself for being in the crisis. Figuring out who is at fault when you are in crisis-mode is probably not as important as figuring out what to do next. There will be time to analyze later — and that should happen — but don’t become paralyzed with it now.

Refuse Help. I have learned by experience — sometimes when God is allowing a crisis to occur He is also stirring people to intercede on behalf of the suffering. It’s amazing how it happens. He may have prepared someone else, through their own season of crisis, intentionally so they can help others — people like you. Don’t deny someone their opportunity to be obedient to what God calls them to do, even if it means swallowing your pride, raising the white flag of surrender and letting them help.

Deny God. People (including pastors and leaders) either run towards God or away from God in times of crisis. You can probably figure out which option works best. This is a time to pray like never before and learn to fully rely on God. He’s never taken off guard or by surprise. He always has a plan. It’s always good. Lean into Him.