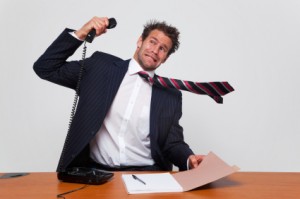 I have stopped being surprised when I receive criticism.  In fact, I have observed that the more success an organization has and the stronger leadership exhibited, the more critics seem to rise.  I try to discern which criticism is valid and which is not. (I posted about that previously HERE.)  I think it is wrong to simply ignore critics.   Some of it has real value, but all leaders will receive it.  For that fact, we shouldn’t be surprised.

Recently I was studying a Bible passage and something jumped off the page at me.

Exodus 16:2:  Then the whole congregation of the children of Israel complained against Moses and Aaron in the wilderness. (emphasis mine)

It occurred to me, if they complained against Moses and Aaron, even after God appointed them to a top leadership position, surely they will complain against you and me.

Here is my encouragement:  Don’t let criticism alone convince you that you are doing something wrong. It may even indicate you are doing everything right. Instead of wondering why you are being criticized, move quickly to determine the value, truth, or the need to dismiss what is being said. (In other posts, I have written 5 Right Ways to Respond to Criticism and 5 Wrong Ways to Respond to Criticism.)

Have you been listening to critics lately? Welcome to real leadership, leader!