GO FOR IT! – Encouragement to stand against naysayers 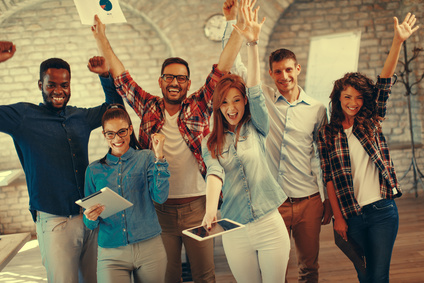 When Eliab, David’s oldest brother, heard him speaking with the men, he burned with anger at him and asked, “Why have you come down here? And with whom did you leave those few sheep in the desert? I know how conceited you are and how wicked your heart is; you came down only to watch the battle.” 1 Samuel 17:28 NIV

“You’ll never be successful that way. Why don’t you give up?”

“We’ve never done it that way before.”

Have you ever met a naysayer? What about a dream killer?

I don’t know about you, but I have met plenty of them.They are the ones who love to kill a deal. They are always thinking of reasons something shouldn’t work. I have often thought if they spent half as much time working towards a goal, as they did criticizing the goal, they would probably accomplish more than the average person! I base that on the fact that they certainly are successful at stopping progress many times.

Now I am not speaking against godly wisdom. I have had people I trust, who have prayed through a situation, calm down one of my “ideas”. They were led of the Lord, and their wisdom turned out to be for the best. I depend on my wife for that kind of support. If I run a suggestion by her and, after prayer, she disagrees, then I see it as a good indication that I shouldn’t go forward.

I’m talking about those who just can’t look on the bright side of an issue. They always see the negative side instead of the positive side. They choose not to live by faith, but instead by failure. They are motivated more by worry or by what “isn’t the way we’ve done things before”. They like to say, “that’s not our policy” or simply, “That won’t work”. They love to stop a dream by pointing out all the things, which could go wrong or might go wrong.

David’s brothers responded to him that way when he came to fight Goliath.

What if he had listened to the naysayers?

Think of all that has been accomplished in this world that could have been stopped, if people had listened to the critics. Would Noah have built the ark? Would Peter have gotten out of the boat?

Would we have a telephone? Would you and I have a computer on our desk, or in our laps, or to hold in our hands?

Watch out for the naysayers in life!

And don’t be afraid to chase a dream!

Check it out with God’s Word first, but if He says it is okay, then