Guest Post: How my Fiance Changed My Mind About Leadership

This is a guest post by Ally Spotts. I love hearing from the next generation of leaders.

Ally Spotts is a 20-something writer & blogger who believes that what feels like a crisis is almost always an opportunity to step out in faith and do something courageous. To read what she has to say about all things life & dating follow her on Twitter or be her friend on Facebook. 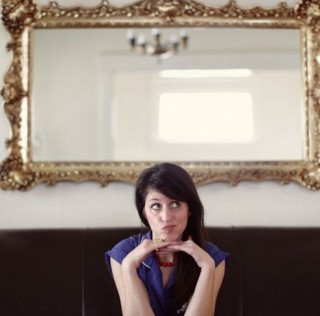 I’ve always been resistant to the idea of leadership and I don’t think I’m the only one. I’m a part of a generation that embraces individualism, self-sufficiency and self-reliance.

We don’t want to be told what to do.

Sadly I think our resistance to leadership is a misunderstanding of what leadership actually is. Leadership is not someone in charge telling us what we should or shouldn’t do.
Leadership is less about power than it is about relationship.

I’m getting married in two months and being in relationship has taught me a lot about leadership. My fiance is a really good leader to me. Here’s what I’ve learned in the months that we’ve been dating.

Leaders have to have long term vision and short term strategy

From the first time I spoke with Darrell he knew he wanted to marry me. His long term vision gave him confidence to move forward with me. But vision in itself didn’t make him a good leader to me.

He didn’t call me and say, “I want to marry you – how do you feel about that?” He said, “I’m interested in you. Can we keep talking so I can get to know you better?”

He was a good leader because he used his vision to develop a short term strategy.

Good leaders have both vision and strategy. They can’t lead without one or the other.

Leaders have small asks and can communicate them well.

Part of his “strategy” was creating small, safe asks for me to move forward in relationship with him. He would say, “I really enjoyed talking to you. Can we we talk again tomorrow?”

We lived across the country from one another so after several weeks of over-the-phone conversation he said, “I’m ready to meet whenever you are. Think about if you’d rather meet in my hometown or yours, and when you’re ready I’ll make it happen.”

I was never confused about where we were headed or what his intention was with me, but I also didn’t feel like I had to have a plan for “step 8” when we were still on “step 3.”

If I had been confused about where we were going or what he was asking of me I might have felt insecure and backed out of the relationship altogether.

Good leaders have to be able to communicate what step of the process is being executed and what is required of each person who is participating.

Leaders acknowledge and affirm the effort that is given.

After we had been dating for a few weeks he said to me, “I’m so grateful for the time and energy you’ve invested in this relationship. Your time and energy are valuable and I’m honored that you would gift them to me.”

I felt so honored by that statement it made me want to give even more time and energy to him.

It’s easy to give your energy and your effort to someone when you recognize that they appreciate what you’re investing. If you want people to respond to your leadership, first speak to what they are already giving.

You’ll earn their trust and their affection and they’ll likely give you more than you’re even asking.

Leaders lead by words and example.

When people ask how I knew I want to marry Darrell one of the things I say about him is that he is the first to admit when he is wrong.

So often he leads by example. He acts with integrity and conviction and I follow him. He sets the tone and I mirror it. Sometimes he acts incorrectly and he is quick to speak to that.

He uses words to lead me in those times. He says, “I was wrong to do/say that. It would have been better to do/say ______. Will you please forgive me?”

It is good to lead with actions. When we act with integrity those around us follow. But it is not enough to lead with just actions because leaders aren’t perfect. Good leaders use their words to speak where their actions fall short.

Good leaders need both words and actions to lead well.

It hasn’t always been easy for me to warm up to the idea of leadership but I’m getting used to it more and more every day. I’m thankful for the way my fiance has changed the way I see leadership in my relationship and leadership in general.

What do you think about Ally’s current view of leadership?