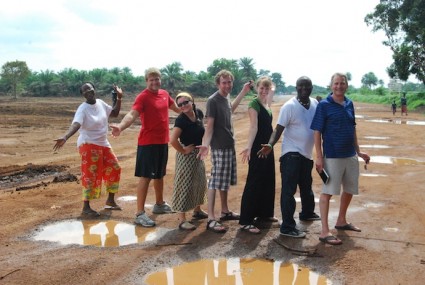 We made the short drive to the border of the two countries during our time in Sierra Leone. Our pastor friends simply asked a question of the Sierra Leone border officials. Could five crazy Americans step over the line into another country, just to say we had been there? The border officials considered the request, then casually walked across an international geographical border to the Guinea border officials and presented our request. Request granted. It was a simple as that. We caused no problems, shook hands with border officials in both countries, took our pictures and went on our way.

I realize much more is at stake than just snapping a few pictures and relationships take more than one person willing to make them work, but I love to dream.

Praying some International relations improve today. Who is with me?