Faith Obeys, Without Knowing How – An Encouragement to Walk By Faith 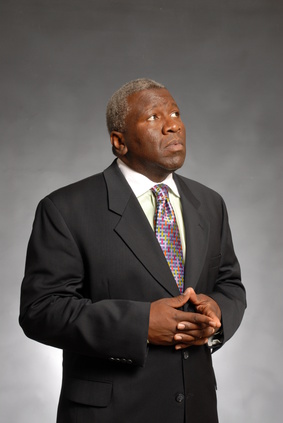 But Samuel said, “How can I go? Saul will hear about it and kill me.” The LORD said, “Take a heifer with you and say,’I have come to sacrifice to the LORD.’ Invite Jesse to the sacrifice, and I will show you what to do. You are to anoint for me the one I indicate.” Samuel did what the LORD said.1 Samuel 16:2-4a

God sent Samuel to annoint David king. He was removing Saul from power. It was a dangerous and scary assignment and it made no sense politically or practically. Speaking against the king could bring death, but not only that, Saul looked like a king. David was an unknown kid.

Samuel was naturally afraid. Wasn’t there some other way? Samuel surely must have thought.

God’s plan was made. He wouldn’t budge because of Samuel’s fear. God never leads by popular opinion, so Samuel obeyed.

That’s what faith does.

When Samuel obeyed God, EVEN THOUGH it didn’t make sense – in his mind – for him to do so, he was exhibiting his faith in God. Faith always moves without seeing or understanding. Faith is always prior to receiving the complete picture or having all the answers. Faith precedes victory.

If we want to please God, we have to obey Him at the point it seems to make no sense to do so.

Years ago our family traveled to our nation’s capital on vacation. I have spent considerable time in the city, as a college intern and during my political and business days. It is one of my favorite places to visit. Our boys had never been. I told them this would not be an enjoyable trip – at least not for the first few days. At nine and twelve years of age, and not being musuem people, I knew they would be bored at first and I wanted to prepare them.

I told them, however, if they would obey me they would be glad they had been by the time we finished the trip. When we left Washington, DC, both boys were sad to say goodbye to the city. They had fallen in love with it. The twelve year old even said he wanted to attend a college there. (He later changed his mind.)

This is the way it is sometimes in our Christian walk.

Obeying God, following Him, and carrying out His plan, especially when it contradicts our own, is not always the first thing we want to do. It won’t even seem to make sense at times.

It may seem impossible.
It will likely make us afraid.
It stretches us beyond our abilities.
It might be uncomfortable.
It requires more resources than appears available.

But, as we obey God, and He works His will through our obedience, God blesses us in ways we never expected, and we begin to experience what it means “all things work for good for those who love the Lord”. (Romans 8:28)

Samuel didn’t want to go find David, but he obeyed. And, guess what? God knew what He was doing.

And, God knows what He is doing in your life too!

You need only to trust and obey!

In what area of your life are you most having to walk by faith these days?