The People Doing the Work – A Leadership Principle 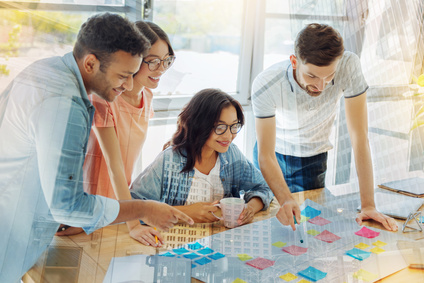 Let me share a story as an illustration of one of my pet peeves.

He wasn’t going to be at the meeting. In fact, he didn’t actually know the people on my team. He was holding me accountable for results in sales, yet he continually gave me a script for how to do my job. I had to turn in reports, which indicated I had followed his agenda.

I hated it. It made me feel so controlled. My team, with whom I was very open and honest, were frustrated. And I can say this now, but when I could, I secretly altered things to script my own way. Maybe it was rebellion – okay, it was rebellion, but I never thought he was practicing good leadership. And I experienced direct results in employee morale. (I eventually quit.)

Here’s the principle, which developed from this experience.

If you aren’t going to be doing the work, don’t script how it’s done.

As a leader, you can share what you want accomplished. That’s vision-casting.

You can set reasonable boundaries. This actually helps fuel creativity.

You can share your thoughts and ideas. It’s helpful. You probably have good ones.

You can monitor progress. This is your responsibility.

You should hold people accountable for progress. It ensures completion.

But the people who are actually doing the work

The ones carrying out the plans – Getting their hands dirty –

Should determine how the actual work gets completed.