10 Harsh Realities of Leadership I have Experienced 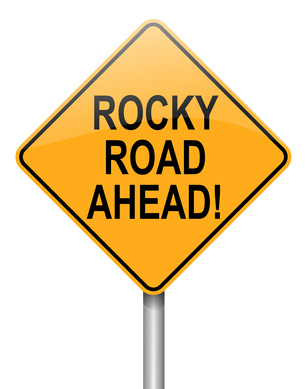 I love leadership. I feel called to it. I realize the need for good leadership, but the fact is leadership is hard.

In my last pastorate, I met regularly with some high-level, senior leaders to glean from them. We talked about our common challenges in attempting to lead others. One shared discovery we made in our time together was about the perception of people who haven’t served as a senior leader have about people in the role.

We also agreed it is the same perception we had before we were in senior leadership. Leading often looks easier — and maybe even more glamorous — from the outside than it is in reality.

As a student and blogger of leadership, I want to be realistic with people who desire to lead – and especially to be senior leaders.

Here are 10 harsh realities of leadership I have experienced:

You will at times be unpopular. Every leader is at some point. Change is hard and people will agree and disagree. You open emotional responses (even wounds)  through change. I have learned some people  will even resist changes you try to make, because of things happening in their own life.

You will have to make decisions no one else will make. This is what leaders do. And it is actually what inspires people to follow. Leaders challenge the paradigms. They lead us to a discovery — and hopefully to a better reality than we have currently.

You have to be able to see farther than today. I would even be bold enough to say if you can’t then maybe leadership is not your thing. Leaders can’t be stuck in today. They must leverage influence today for something better that may not be realized until “some” tomorrow.

You won’t be successful long by making excuses. You’ll make mistakes, but you’ll be more likely to attract followers through your ownership of them. Humility is an admired leadership trait.

You can motivate, but you can’t mandate. Attempting to control or bully people to produce more won’t work long-term. It isn’t a sustainable technique. People will either rebel, fail to live up to potential or leave.

You’re only as good as your team. No matter how good you are — if you’re team is lousy, so will you be as a leader. And a strong team can make a leader stronger.

Your legacy will mostly be formed by the investment you make in others. It will not be as much by the great ideas you had or the success you can personally take credit for producing. People investments always last longest. They produce generational impacts.

You can’t avoid conflict indefinitely. You can run, but you can’t hide from conflict. Eventually little things can become big things. Hidden and unresolved conflict eventually explodes. The sooner you resolve it the less damage you’ll allow.

You can’t neglect your soul for long. If you do — you’ll crash and burn. You need to develop healthy disciplines, such as rest, reading, exercise and prayer.

Just a few of my experiences as a senior leader. Any you would share?