7 Suggestions for the First 7 Years of Marriage 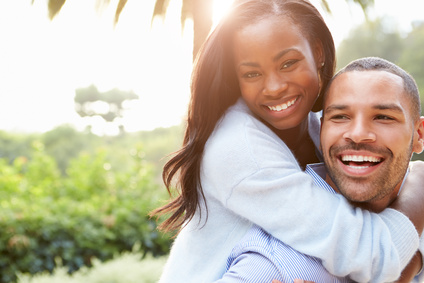 I’ve written previously about the first seven years of marriage. We don’t know why necessarily — I have some theories — but the years between 6 and 8 of marriage are often the most difficult. It seems so many marriages fail in the 7th year.

It makes sense then that protecting the marriage during those years is critical. And it doesn’t take 7 years. I have lost count of the couples who are struggling — and ready to call it quits — just a few years into the marriage.

The way a marriage starts helps to protect the long-term health of the marriage. I believe the attention we place on new marriages in our churches is critically important.

Based on my experience, I have some specific advice for new marriages. Our first 7 years of marriage are long past, but if we had it to do over, there are some things I’d make sure we did as a couple to get a good, solid start.

Here are 7 things we would do in our first 7 years of marriage:

Recruit a mentoring couple. We would find a couple further along in years of experience and who seem to have a marriage like we wanted and ask to spend time with them. We tend to become like the people we hang around most. All couples could use mentors who can talk them through the rough patches that all marriages face.

Invest financially in the marriage. Keep dating. It could be a sack lunch at the park or a 5-Star steak dinner or a weekend in Paris depending on your income level, but we would just do fun stuff. Stay active. Boredom is one of the leading causes of marriage failure.

Protect your budget. The last one is important, but so is this one. You’ll need to balance the two. Debt causes huge problems in a marriage. And it’s easier to avoid as you build than after you’ve accumulated it. You don’t have to have everything now. (Let me say that again.) You don’t have to have everything now. It’s not the key to a happy marriage. But eliminating the major distractions is a key to a strong marriage. Money problems are a leading cause of marriage trouble. We would get an agreed upon budget (and that’s key), and discipline ourself to live it.

Set a schedule. Life has a way of sucking time from us. It becomes very difficult for busy couples, especially once children come along, to find time to be together. Yet it’s critical. Don’t neglect your time together. We would set a routine of intentional weekly time for just the two of us.

Limit outside interruptions. In-laws. Friends. Work. They can all get in the way. Sure, they love you. They want their time with you. Let’s be honest, though, some of them also want to control your life. Don’t believe that other people will work to protect your marriage as much as you will. They won’t. The two of you are creating one unit. If we were starting over we would guard our marriage from any undue pressure.

Be active in church. Sounds selfish. I admit that. But it’s also being strategic. You need community and especially a healthy community that can be there for you when things go wrong. And things will go wrong. You’ll need a community of faith around you. And you won’t know how much you need them until you need them. We would — and we did — commit to a strong church community.

Talk. Lots. Many times couples become so comfortable with one another that they fail to communicate at deeper levels. This becomes very common in the first years of a marriage. Routines and familiarity set in and the couple assumes they already know all there is to know about each other. I have talked to so many couples who just don’t communicate anymore. Or one spouse thinks they do and the other spouse thinks they don’t. They don’t share the details of each other’s day and life — their deeper, unspoken thoughts. The better you learn to communicate — the stronger the marriage will be. The best way to improve communication is with practice. We would practice this one a lot.

Of course, I’m pretty sure it’s not too late on any of these — even if you’re past the first seven years.

Those are just a few suggestions. Do you have more?