What To Do When You Exceed Your Leadership Capacity 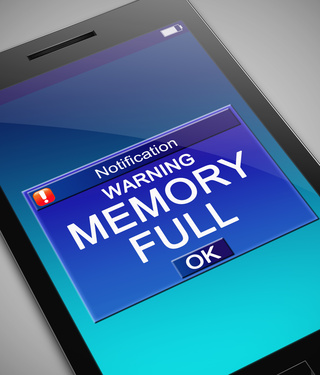 What is your leadership capacity?

Have you found it yet?

I use the term leadership capacity to describe a leader’s maximum potential to effectively lead others to accomplish the vision.

A leader exceeds their leadership capacity when they no longer have the ability to effectively manage or lead the organization to reach its potential. Basically, they regularly find themselves on a not being able to handle all the demands placed upon them — and it’s beginning to show in the organization.

The leader has exceeded his or her leadership capacity.

You may not know the term, or even agree with my definition of it, but I suspect if you’ve led very long at all you have felt the sensation of being over your capacity.

Do you ever feel you are in over your head? Are you questioning your abilities to take things forward further than you have?

I met with a great businessman and leader once who admitted he was overwhelmed with what was happening around him. He felt the weight of leading. His business had grown larger and faster than he ever anticipated. There were increasing demands – not only on his time, but also on the number of decisions he was having to make on a daily basis. He went home everyday feeling he had accomplished so little, even though he was doing a lot, because here felt there was so much that could only be done by him.

He knew he was already beyond his capacity and growing more and more concerned the business could get away from him unless he did something to increase his capacity as a leader.

I know the feeling. I have “been there and done that” – and probably will be there again.

I appreciate any leader who can recognize this about their leadership. That realization is like an insurance policy against leadership failure.

If you feel you have reached your leadership capacity, consider these steps:

Recognize and admit – This is most important. Do not be afraid to admit you are over your head. Humility is actually an attractive leadership quality, but even if you’re not willing to admit it to others – at least admit it to yourself.

Re-evaluate – Are you trying to do too much? Are your standards for yourself too high? Do you need to change your role in the organizational structure? Do you need to lose some of your responsibilities? Have you built too much power or too much dependence on you in the organizational structure? Are there others who need more authority – authority you’re still trying to control?

Ask for help – Seek wisdom from those who have led longer than you. Find a mentor. Take a class. Join a network. One of the values of social media for me has been the insight I have learned from other leaders, but I always have a mentor in my life — usually several. (For pastors and ministry leaders, check out what we are doing at Leadership Network to help.)

Delegate – Ask yourself what responsibility you could give away or what areas others on your team would be better equipped to handle. If you are a one person “team” then seek volunteers or part-time help to help you bridge the gaps between your leadership ability and the demands of the organization. (It may end up being an investment that protects everything else in which you’ve invested.)

Quit if needed – If you value the vision enough then be willing to step aside if you are no longer a good fit to lead it and don’t think you can get there. This is not a sign of failure or an indication that you are a bad leader. Sometimes the organization simply grows in another direction from our passion, skills or strengths as a leader. Some people are better suited to lead at one level than another. It takes an act of bold humility to admit this.

Leaders, is your leadership capacity being stretched? What are you going to do about it?