If I Have Faith, Why Haven’t I Been Healed? 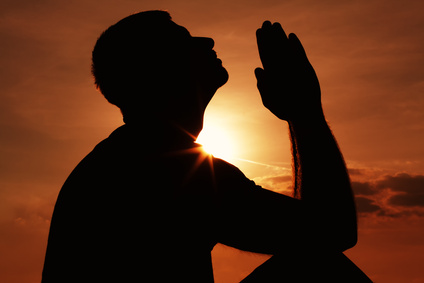 This question is one of about a dozen questions addressed in the new book, I Am Strong: Finding God’s Peace and Strength in Life’s Darkest Moments by my friend John S. Dickerson. Today’s blog is an excerpt from the book and is part 2 (part 1 available here).

Yesterday we examined how Paul the Apostle was never healed (in this life) from his “thorn in the flesh,” which included physical, emotional and spiritual chronic pain. Today we find encouragement in more Bible heroes who suffered severely, even while having the highest and strongest faith.

Paul wasn’t the only spiritual giant who found God’s strength and joy right in his suffering. Many of Heaven’s choice servants spent months or years in prisons, and not because they were being punished by God.

Joseph, who God used to save nations, spent 13 years as an Egyptian prisoner and slave—while God was delighted with him.

Zephaniah, God’s chosen prophet, spent a good chunk of his life in a Babylonian prison (present day Iraq). The same goes for Jeremiah, who suffered rejection, slander and loneliness as well as literal imprisonment while doing exactly what God had asked him to do. God even told him to expect the rejection.

Jesus’ cousin, John the Baptist, was chosen by God to declare that Messiah had arrived. Jesus called John the Baptist the greatest person in the history of the world. What a privilege! And then John spent the rest of his life imprisoned by Herod Antipas, who eventually beheaded John as a party favor for a niece.

The apostle John spent lots of time in Roman prisons and jails.

Many of the first Christians got arrested and thrown in jail, simply for believing in Jesus. This practice continues today in parts of the Middle East, northern Africa, China and other areas, where the idea of “problem free Christianity” insults the most faithful believers of our era.

In the early years after Christ rose from the dead, it became so common for believers to get thrown into prison that the early church made it part of its culture to visit jailed Christians who couldn’t make it to the Sunday gathering.

These imprisonments meant the loss of all earthly possessions. Believers “joyfully accepted the confiscation of [their] property, because [they] knew that [they] had better and lasting possessions.”

Jesus warned Christians in one church, “Do not be afraid of what you are about to suffer. I tell you, the devil will put some of you in prison to test you, and you will suffer persecution…”

Like Napoleon Bonaparte, John the disciple was sentenced to live his final years on a secluded prison island. From there, John wrote the final book of Scripture, Revelation. (John the disciple is different from “John the Baptist,” above, and keep in mind, he was “the disciple whom Jesus loved,” so no need to doubt Christ’s love for you when anymore in your own suffering.)

From Introduction to Conclusion, God’s people in the Bible are persecuted and jailed. Imprisoned on earth, but anticipating their escape into a better land with God. Peppered between those bookends we read stories where God does miraculously heal or instantly deliver from pain. God invites us to ask for such miracles in prayer even today. And I have seen Him perform those dramatic miracles. But, many strong believers today, including Joni Eareckson Tada, and recently Dr. Wayne Grudem, have not yet had a miraculous healing from pain or difficulty.

And we must face the reality that even the believers who did get miraculous healings (such as Lazarus, raised from the dead as described in John 11), those folks still eventually died earthly deaths. They left this earth knowing that death is not an end for the believer, but a beginning to a better life that actually is problem-free.

Here’s where we must gently but insistently course-correct many of our American brothers and sisters in Christ: Scripture focuses on our certain rescue in the future, not on present pain-free living now. (This can be a difficult concept for folks like us, who live in an age of immediate gratification.) Sure, some of God’s people got miraculously freed from their prisons. But the majority more closely followed the pattern of Paul, who prayed for healing three times (2 Corinthians 12:8), and then lived the rest of his earthly life with a painful “thorn” impaling his flesh.

It’s often the same today. While all believers will eventually be set free from our prisons, pains or thorns, we do not always gain immediate freedom or healing. This is why it’s called faith, a persistent belief that Jesus will break us out and that He will sustain us until His return. A faith that continues to believe, no matter what.

Like Paul, writing with his “thorn in the flesh,” you can declare in Christ:

“We are hard pressed on every side, but not crushed;
perplexed, but not in despair;
persecuted, but not abandoned;
struck down, but not destroyed.”
-2 Corinthians 4:8,9

This blog is an excerpt from John S. Dickerson’s new book, I Am Strong: Finding God’s Peace and Strength in Life’s Darkest Moments. It’s written for times of suffering in life–to encourage you and help those you love build a Biblical theology of pain and suffering. Get free sample chapters by sending an email to: Friend@IAmStrongBook.com or visit IAmStrongBook.com.